The Bank of England has published the results of its climate ‘stress tests’, which assess the resilience of UK banks to different climate scenarios. 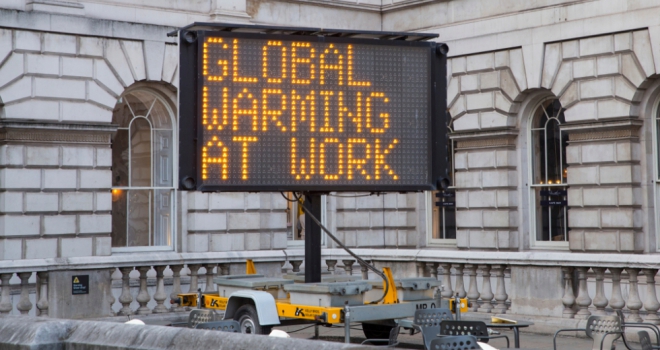 "British banks are clearly out of step with any credible pathway to net zero, pouring £275 billion into fossil fuels since 2016."

The Bank of England’s stress tests assess how banks and insurers can cope with severe economic scenarios. The 2021 Climate Biennial Exploratory Scenario (CBES) explores the resilience of the UK financial system to the physical and transition risks associated with different climate pathways.

The results suggest that participating banks face an extra £110bn of losses (around £225bn in total) in a ‘Late Action’ scenario where the net zero transition is delayed by a decade and global warming rises to 1.8C by 2050. The Bank projects that total losses for the financial sector would reach nearly £350 billion in a severe physical risk scenario where no additional action is taken.

The Bank of England’s Prudential Regulation Authority (PRA) hinted in October 2021 that it was prepared to adjust the amount of capital banks hold to reflect climate risk to address the “financial consequences” of climate change. The PRA also stated last month that from 2022, it will switch from ‘assessing’ climate-related risks to ‘actively supervising’ against them.

David Barmes, senior economist at Positive Money, commented: “Today’s stress test results confirm what we already knew, that delay to climate action poses severe costs to the economy. Estimates suggest that financial markets are aligned with 3C of warming, so the Bank of England’s prediction that banks should be able to survive temperatures peaking at 1.8C offers little comfort.

“With dire warnings from the International Energy Agency and IPCC against all new fossil fuel expansion, British banks are clearly out of step with any credible pathway to net zero, pouring £275 billion into fossil fuels since 2016.

“The government and Bank of England must act fast to align the financial system with net zero. Outright restrictions on lending to new fossil fuel projects must now be on the table. At the very least, higher capital charges for unsustainable investments would force banks to cover their own losses when loans go bad, instead of falling back on the public purse.”