Over £600 million was stolen from consumers in the first half of this year. 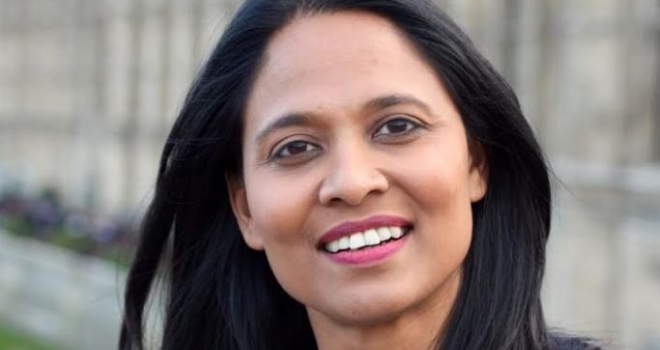 "It should now be compulsory for financial firms to reimburse money lost to victims of Authorised Push Payment fraud, and they should consider doing so retrospectively."

The Treasury Committee says firms should consider retrospectively reimbursing victims of push-payment fraud back to 2016 and wants to see the Contingent Reimbursement Model made compulsory.

The voluntary Contingent Reimbursement Model (CRM) sets out how its signatories should reimburse money lost to consumers by certain types of fraud.

Fraud is the second most common crime type in England and Wales, with over £600 million stolen from consumers in the first half of this year, and the Treasury Committee says the problem is growing.

'Confirmation of Payee' is set to be introduced in March 2020 and cross references payee names with account numbers and sort codes. The Committee says regulators "should consider sanctioning any firm that misses the March 2020 deadline".

Another method outlined in the report is a 24-hour delay on all initial payments between accounts, providing time for consumers to consider if they are being defrauded.

When a firm concludes that a loss from an unauthorised fraud was down to the consumer’s own ‘gross negligence’, reimbursement is unlikely. Existing regulations don’t define ‘gross negligence’, allowing individual firms to set their own bar of what customer behaviour it deems to be grossly negligent. The Committee says this could lead to a lack of consistency between how customers with the same circumstances are treated. It says regulators "should agree an accepted definition of gross negligence and require firms to provide a list of ‘dos and don’ts’ for customers to show how individual firms define proper account usage".

The report also agreed that the Government should require all frauds to be reported regardless of their size, and whether or not a financial institution has reimbursed a consumer.

Rushanara Ali MP, the Treasury Committee’s lead member for this inquiry, said: “With scams getting ever-more sophisticated, it’s clear that economic crime is a serious and growing problem in the UK.

“The Treasury Committee’s report examines the scale of economic crime faced by consumers, ways that financial firms are combatting economic crime, how economic crime is investigated, and consumer’s rights and responsibilities.

“To ensure that consumers are protected, it should now be compulsory for financial firms to reimburse money lost to victims of Authorised Push Payment fraud, and they should consider doing so retrospectively.

“There should also be a mandatory 24-hour delay on all first-time payments, allowing consumers time to consider the risk that they are being defrauded.

“The Government and regulators should take on board all of the Committee’s recommendations to enhance consumer protection in the face of this harmful tide of criminal activity.”