There is a growing desire amongst older homeowners to help other family members move onto the property ladder, according to new research from Aviva. 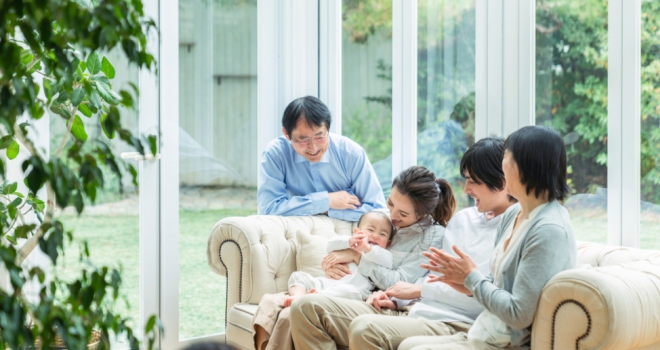 "Increasingly, older homeowners are a source of funding for their children and their grandchildren , and are using a greater variety of means to help younger family members out."

Bank of Grandma and Grandad

The research also shows an increase in the number of people ready to help other family members, not just their own children. In 2022, 5% say they have already helped their grandchildren become first time buyers, with a further 20% saying they are definitely or probably going to.

This proportion has shifted upwards in the last six years. In 2016, 3% had already helped their grandchildren to get onto the property ladder and 14% intended to.

The same pattern emerges when it comes to helping members of the wider family to buy a home. In 2022, 3% say they have already helped with this, and a further 9% intend to, compared with 2% and 3% respectively in 2016.

The amount of money older relatives are giving to younger generations has also increased, with the typical total amount given now standing at £31,398.63, 25% higher than in 2016.

Matt McGill, MD of Aviva Equity Release, commented: “It’s no secret that many younger people tend to encounter difficulties when seeking to enter the housing market for the first time. The degree to which existing homeowners are now prepared to use their own wealth to help their other family members onto the property ladder has increased notably over the last six years. Increasingly, older homeowners are a source of funding for their children and their grandchildren , and are using a greater variety of means to help younger family members out.

“It’s striking that more and more people are willing to use their property wealth in a variety of ways, and that this is starting to become the norm for those wanting access to cash to help other family members. Six years ago, fewer than 1 in 5 people used wealth held in their property to assist other family members - and this has now grown to 40%.

“It is becoming increasingly accepted that wealth held in property should be considered part of someone’s total assets, and can be used for a variety of purposes - including to help younger family members buy a home like their parents and grandparents did.”