As the UK costs up the damage caused by Storms Eunice and Franklin, data released by Paymentshield has shown that the average pay-out for a storm damage home insurance claim has almost doubled in the past five years. 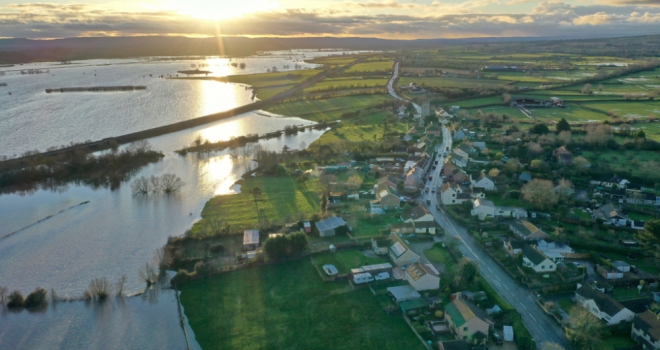 "It’s crucial that advisers communicate this need to clients, because without adequate cover, they could be paying upwards of £1000 out of their own pocket for storm repairs."

Analysis of storm damage claims data has revealed that the average claim cost rose from £588 in 2017 to £1,011 in 2021 as the UK has been battered with increasingly extreme weather, with four rare red weather warnings in that period alone.

Northern Ireland tops the list for volume of claims by postcode area in the past five years. Newcastle comes a close second, followed by Edinburgh in third, Birmingham in fourth, and Cardiff in fifth.

As of February 2022, Paymenthshield’s highest ever storm damage claim costs in a single month were as a result of Storm Arwen, with just under £1.1 million paid out in November 2021. Paymentshield has yet to calculate the cost of Eunice and Franklin as claims continue to come in.

Arwen was followed by Storm Dennis as the next biggest contributor to monthly claims costs in the last five years, with over £750,000 paid out in February 2020. Storms Ellen and Francis which hit in August 2020 come in third, with over £660,000 paid out.

With the largest annual peaks for the cost of storm damage claims occurring in February and November, Paymentshield is urging advisers to use the events of the last week to highlight the importance of quality home insurance to their clients.

Louise Pengelly, Paymentshield’s proposition director, commented: “Our claims data demonstrates the importance of having quality cover, as it’s clear that the cost of storm damage is increasing as we face more extreme weather events. It’s crucial that advisers communicate this need to clients, because without adequate cover, they could be paying upwards of £1000 out of their own pocket for storm repairs.

“Many people’s properties will have taken a battering in recent days. Even if there’s no major obvious damage, homeowners should still be advised to thoroughly check their properties as claims made for damage caused over a prolonged period could be declined for wear and tear.”