Housing market to see busiest year since 2007 as one in 16 homes change hands: Zoopla

The UK housing market is set to see its busiest year in 14 years in terms of property transactions, according to Zoopla. 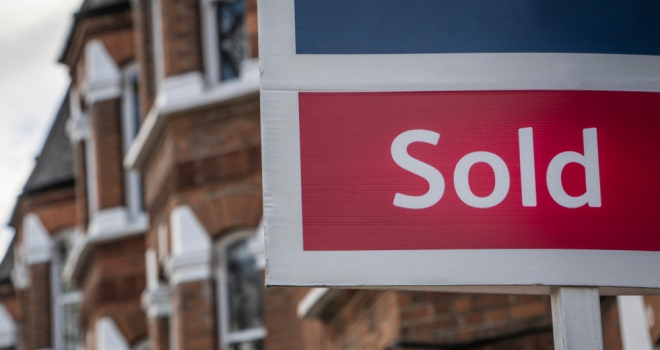 "Buyer demand will remain strong moving into next year, but as the market starts to normalise in 2022, there may be an increase in the proportion of activity among movers"

By the end of 2021, Zoopla's figures show that one in 16 homes will have changed hands, making it the busiest property market since 2007.

The elevated demand in the market is also boosting the rate of annual house price growth, which is tracking at 6.9% - up from 3.5% in October 2020.

While house price growth is running at a near seven year high, 6.9% growth marks a slight easing back from the above 7% growth recorded in August and September. Furthermore, quarterly figures indicate a slowdown in the overall pace of growth - down from 2.8% in July to 1.2% in October.

At a regional level, Wales continues its eight month run of registering the highest rate of house price growth, up at 10.8%, followed by the North West of England at 9.%. London offers a sharp contrast; after being most affected by the pandemic and subsequent lockdowns, it is registering more modest price growth of 2.3%.

At a city level, Liverpool, Manchester and Sheffield continue to show the highest rate of growth at 10.6%, 8.7% and 7.9% respectively, amid strong ongoing demand and the relative affordability of these cities.

House price growth continues to be underpinned by the supply and demand imbalance, with buyer demand running at 28% above the five-year average. By contrast, the supply of homes being listed for sale this year has been running between 5% and 10% below the 2017-2019 average.

Supply continues to be an overarching constraint on the market. The total stock of new homes for sale is down more than 40% on the five year average, but the depletion in stock diverges between houses and flats.

The number of houses available for sale is down more than 50% compared to the average levels over the last five years. However, the stock of flats for sale is also down on the five year average, but by a more moderate 15%

The contrast in stock availability is also reflected in price growth, with the average flat rising in value by 1.6% over the past year (just above the 1.2% five year average). Meanwhile, the annual price growth for all types of houses is running at 8.3% - almost double the five year average of 4.2% - fortified by demand.

Grainne Gilmore, head of research at Zoopla, commented: “New supply will start to rise at the turn of the year as households use the holiday period to make a decision around making a move.

“In typical years, the highly seasonal supply of homes being listed for sale slows in the run up to Christmas, but rises sharply in the new year. On average, the supply of listings at the end of January runs some 50% higher than the start of December.

“Buyer demand will remain strong moving into next year, but as the market starts to normalise in 2022, there may be an increase in the proportion of activity among movers, who are active in the market as sellers as well as buyers. This should ease the constraint in supply to some extent.

“Other factors that will affect prices next year include the looming economic headwinds in the shape of rising inflation – which will push household costs higher. Even with some interest-rate rises, mortgage rates are likely to remain relatively low compared to long-run averages, and there is more room for price growth across some of the most affordable housing markets.”