In England, the North and South regional price change has 'flipped' as Northern regions begin to see a cooling in house price rises, according to the latest data from e.surv. 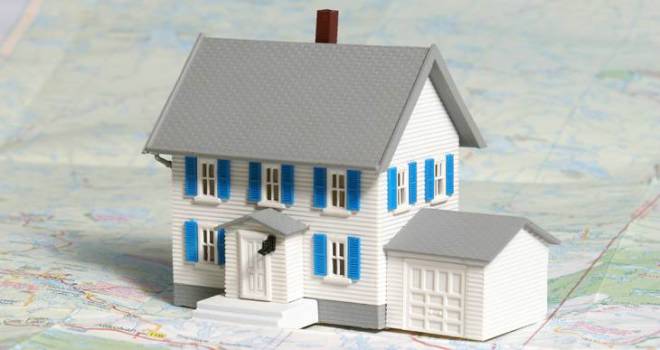 "There has been a significant change in the fortunes of areas such as the North West which has slipped from second place in June to eighth."

All areas - except for the south eastern part of England, made up by Greater London, the East of England and the South East - have seen their annual rates of growth continue to fall from the peak in prices recorded in September, the last month in which the stamp duty holiday was operational.

Wales continues in top place in the annual price growth league for the sixth month in succession, with an annual rate of 9.4%, although this was down by 2.4% from the previous month’s rate of 11.8%.

Aside from the West Midlands, the Northern regions of England have flipped their respective positions with the regions of the South East over the last few months. For example, the North West, which in June was in second place in terms of annual house price growth, is now ranked eighth, with Yorkshire and the Humber similarly falling from third place into tenth position and the North East from fourth place into the number nine spot.

Meanwhile, the three regions in the south east of England have all climbed up the table. The South East is now in third place, from eighth, the East of England is up four places from ninth to fifth, while Greater London is up from tenth to fourth place.

The East Midlands and the North West saw growth of 3.0% and 2.9% respectively, followed by the North East at 2.1% and Yorkshire and the Humber at 1.9%.

Richard Sexton, director at e.surv, commented: “Wales has continued to outperform other regions and continues to occupy first place in the annual price growth league for the sixth month in succession, with an annual rate of 9.4%. The race for space during the pandemic has supported the demand for property in Wales. The growth of the second homes market in Wales has caught the attention of many commentators and policy makers.

“However, this strong continued performance in Wales has not been repeated across the country where regional fortunes have been turned on their head. There has been a significant change in the fortunes of areas such as the North West which has slipped from second place in June to eighth. This is in contrast with the south eastern parts of England. To understand why this has happened we need to appreciate the impact of the withdrawal of the Stamp Duty Land Tax in September.

“Our index over the past 12 months has already shown how the SDLT has impacted the UK house market over that period as a national incentive to stimulate activity. But now the index is reflecting the impact of the way it was ultimately withdrawn.

“The staggered reduction of the SDLT tax holiday proportionately helped those buying at the lower end of the price scale, when the savings to buyers were not insignificant if they were buying a property valued at £250,000 (the average price in the East Midlands is currently £251,604). But this saving is of lesser significance in the South East, where average prices amount to £443,778. The end of the SDLT holiday has effectively meant that the wealthier regions are now more prominent in the reporting.”