What's causing the prevalence of gazumping and can it be stopped?

Paresh Raja of Market Financial Solutions outlines what gazumping is, how prevalent it is across the UK, and what's needed to reduce the likelihood of it happening to aspiring homeowners. 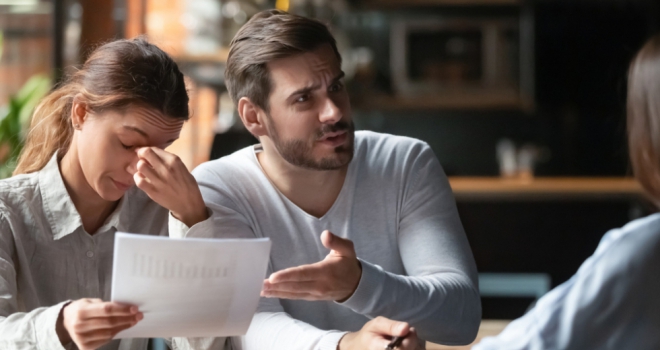 What is gazumping and how prevalent is it?

Gazumping occurs where sellers accept verbal offers on a property from a potential buyer, only to accept a higher offer from someone else. This can often happen at the last minute. Another form of gazumping is called ‘gazundering’ and involves a seller suddenly raising the asking price or asking for more money, after verbally agreeing to a deal.

The act has been outlawed in Scotland but remains common in England and Wales. To find out just how much of an issue gazumping is, Market Financial Solutions (MFS) surveyed a nationally representative sample of 524 UK adults, all of whom had bought a residential property in England or Wales within the past decade. The survey, conducted in April 2022, found 31% of people in England and Wales who bought a property said they have been gazumped at least once since 2012. In London, this rose to 51%.

Additionally, 26% admitted to gazumping another buyer, while 47% said they would consider gazumping a rival bidder if got them the property they were after.

This imbalance has had a long-term affect on property prices, giving the supply-side of the market the upper hand. In 2005, the average UK house price was just over £150,000. The latest official figures show average house prices in the UK reached £278,000 in March 2022. In major cities and other popular areas, prices are likely to be much higher.

Even where buyers overcome the lack of supply, the buying process itself may increase the likelihood of being gazumped. The fierce competition has prioritized speed and where buyers can’t keep up, they’re likely to be left in the dust. Our survey revealed of those who’d lost a property due to gazumping, a quarter said it happened due to being stuck in a long property chain. Additionally, a fifth ended up gazumped due to delays in getting a mortgage.

Going forwards, it doesn’t look like gazumping will be going anywhere either. To address the chronic undersupply of property, it’s believed between 300,000 and 350,000 new homes must be built every year for at least a decade. While successive Governments have made housebuilding a key target, the evidence suggests the UK is nowhere near the mark. According to the latest statistics from the Department for Levelling Up, Housing & Communities, there were 216,490 net additional dwellings in England between April 2020 and March 2021. This was a decrease of 11% when compared the previous year.

Michael Gove, the Secretary of State for Levelling Up, also recently acknowledged the Government’s target of 300,000 new homes a year will not be met in 2022. When pushed on this, Mr Gove appeared to play down the target, stating he was not “bound by one criterion alone.”

How much is this costing buyers?

Where gazumping occurs, buyers are unlikely to just miss out on the property alone. Some 37% of buyers said they lost out on solicitor and surveyor fees due to a purchase falling through. Of those who have been gazumped, 23% lost money in the process.

This would not be insignificant sums of money either. On average, homebuyers lose £2,700 when a purchase falls through. For just over 10% of buyers whose deal collapses, they end up losing over £5,000.

The emotional and mental toll on buyers could be even more severe. Seeing a deal fall through at the last minute on an ideal property can be heart-breaking. There’s also evidence that being gazumped can have a demoralizing effect going forward.

One in six homebuyers who ended up gazumped said they ended up settling for a property they liked less than the one they missed out on.

Can gazumping be prevented?

Many buyers would like to see the Government take more action against gazumping. With the practice being illegal in Scotland, buyers may be wondering why the same can’t be true across the UK. Additional research from MFS covering the last few years shows around four in five homebuyers want to see it outlawed in England and Wales.

In the meantime, there are a few thing buyers can do to reduce the likelihood of being gazumped or at least, limit the damage. Having buyer protection insurance can help buyers claw back some of the fees they paid should a sale fall through.

Buyers can ask sellers to take the property off the market once an offer is accepted. Sellers may not be willing to do this but if they do, the chances of being gazumped may be cut. A “lock out agreement” can also be sought. This is a contract between a buyer and seller which states the buyer has an exclusive right to buy the property within a specific time frame.

Ultimately though, the prevalence of gazumping is unlikely to dissipate until the underlying issues are addressed. Be it sorting out the supply and demand imbalance or outlawing the practice entirely.

Gazumping remains a prevalent, unwanted part of the property markets in England and Wales. It is telling that MFS’s research shows that it is just as common as it was three years ago, showing this issue isn’t going anywhere.

For the most part, gazumping is a product of the high levels of competition among buyers, who are fighting it out over a limited supply of properties. But it is exacerbated by regular delays from mortgage providers.

Every week that a transaction drags on leaves the buyer at risk of being gazumped – indeed, our research underlines that many buyers would be open to undercutting a rival bidder in the future. So, buyers must do all they can to prevent delays and complete purchases.

Of course, that is easier said than done. If a buyer is waiting to sell their property, or has a mortgage application pending for several weeks, they will likely feel somewhat powerless to prevent another buyer swooping in and outbidding them on their desired property.

About the author
Paresh Raja
CEO of Market Financial Solutions

Paresh Raja co-founded MFS in 2006 and has been pinnacle to the success of MFS as leading name in the specialist finance industry. He previously worked at one of the big 4 consultancy firms specialising in structured finance and commercial lending. Paresh is a highly regarded leader with extensive knowledge in the bridging and property finance sector with a great focus on bespoke lending and quality service. Over the past year, the company has strengthened its position as a specialist lender through growth, expansion, and nurturing –within both the bridging and buy-to-let industries. MFS has built a solid strong track record over the years as a reputable, reliable bespoke specialist lender.