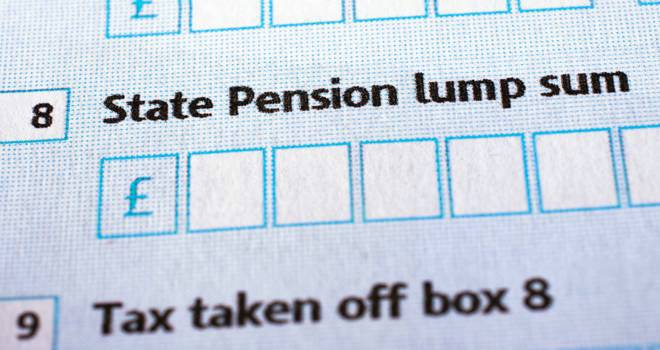 "Others have suggested temporarily removing the 'wages' element of the triple lock, creating a so-called 'double lock'."

The Government recently confirmed that it will maintain the triple lock to uprate state pension income in 2021/22.

The triple lock ensures that state pension incomes are guaranteed to be uprated each year by wage growth, inflation or 2.5%; whichever is higher.

The Government is introducing a new technical Bill designed to cancel a technical detail in the small print which currently says if earnings growth is negative, state pensioners receive no increase, irrespective of price inflation.

Steven Cameron, pensions director at Aegon, said that had the Government used this to justify no state pension increase next April, it "would have come as a shock to millions of state pensioners".

However, Cameron believes that while removing the legal barrier to granting an increase is welcome news, "it may not be the final twist in the tail of the triple lock saga".

In 2021 there will be a very significant increase in average wages relative to the level this year, which will have been depressed by millions of workers on furlough.

Maintaining the triple lock could see pensioners receive a 2.5% uplift next April and a much higher increase the following April if earnings growth rebounds after falling.

The pensions triple lock was discussed in the Treasury Committee’s evidence session on Tuesday 9th June. During the session, Torsten Bell, chief executive of the Resolution Foundation, said: "If you look at what the OBR is predicting for average earnings over the next two years, because we have a load of people furloughed who are earning 80% rather than the 100% that they were previously earning, it is predicting average weekly earnings falls of 7.3% this year being measured, but we will then be measuring an 18% increase in average earnings next year.

After Rishi Sunak left the triple lock untouched during his summer budget, industry experts began predicting how the government would deal with the anticipated boom in 2021 wage growth.

The latest figures from the ONS, published this month, show that average earnings fell by 1% in the year to July 2020 - less volatile than many feared. With earnings not having taken the fall many feared, a bounce back the next year may also be less pronounced. However, Britain's unemployment rate rose to 4.1% in the three months to July and remains concerns over future earnings volatility, particularly once the furlough scheme ends in October.

Analysis from Quilter shows that for a temporary fix, the Chancellor could maintain the triple lock, but use a five-year rolling average for wage growth rather than using the year-on-year figure.

The Institute for Fiscal Studies and the Work and Pensions Select Committee have also suggested replacing the triple lock with a ‘smoothed earnings link’ to provide a link to long-term wages while offering protection in periods of high inflation. Under this methodology, the state pension is set as a fixed proportion of wages. When wage growth lags behind inflation, the state pension will increase in line with prices until real earnings recover and the state pension would then revert to its benchmark proportion of average earnings.

Aegon and pension consultants LCP have both recommended averaging out earnings growth over two years.

Aegon's Steven Cameron stated: "If there remain concerns over future earnings volatility, adjusting the formula by averaging out earnings growth over two years would strike a fair intergenerational balance. This would see state pensioners receive an expected 2.5% increase next April with the increase in 2022 factoring in how earnings have performed over a two-year period.”

LCP's research also applies the principles of the triple lock over two years rather than one. With low inflation and limited two-year earnings growth, the most likely outcome would be that the triple lock could be delivered over two years by increases of 2.5% in both April 2021 and April 2022. These would in both cases probably be above the prevailing inflation rate, giving pensioners a real-terms increase, but would avoid the surge in pensions in 2022 which would otherwise happen.

Compared with the triple lock, LCP's methodology could save the Chancellor £1.5bn per year in 2022/23 and each year thereafter.

LCP partner and former pensions minister, Steve Webb, said: “The basic idea of the triple lock was to make sure that pensioners maintained their real living standards, did not fall behind the working age population and never faced a derisory cash increase. But the triple lock was not designed for times like these. If the Chancellor is keen to keep the spirit of his manifesto commitment but to avoid a surge in the state pension, a ‘two year triple lock’ could be the answer he favours.”

Others have suggested temporarily removing the 'wages' element of the triple lock, creating a so-called 'double lock'.

Mel Stride MP, chair of the Treasury Committee, recently commented: “A way forward might be to temporarily suspend the wages element of the lock. This might not entirely conform to the Conservative Party manifesto, but I think most people would recognise that a potential double-digit percentage increase is unrealistic.”

The triple lock has worked well in reversing the relative decline in the state pension relative to earnings during the 1980s and 1990s. However, it's clear that the government cannot maintain the triple lock in its current form.