How can we achieve greater gender equality in finance? 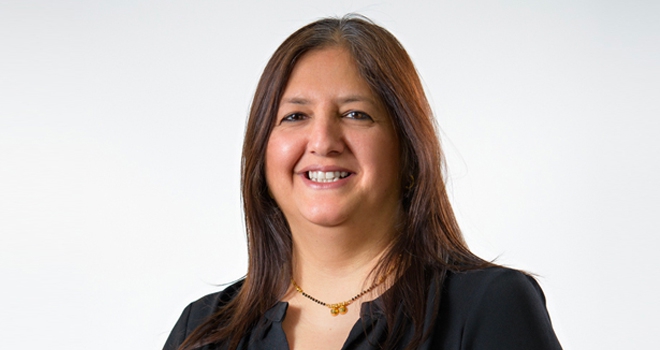 "Some might suggest an equal 50:50 divide of board members, executive committees and CEOs would signify success."

On Sunday, 8 March, the world will celebrate International Women’s Day. Created around the start of the 20th century, it has spread worldwide and was celebrated for the first time by the United Nations in 1975.

Nowadays, it acts as a yearly marker that helps the world focus on the successes of women, as well as the limitations and inequalities that still affect them.

It is a crucial moment, therefore, to evaluate how far women have come in the finance sector and what more needs to be done. In more developed countries, a degree of complacency has crept in. Women, after all, are now legally protected from discriminatory behaviour and practices.

Similarly, there has been progress in equal representation at the highest level; the number of all-male boards at FTSE 350 firms fell from 152 in 2011 to five in 2018. This is an impressive improvement over such a short period.

However, the battle is not over. The women’s rights movement, through actions such as the campaign against the gender pay gap, is still in full swing. A large amount of evidence supports their concerns. Virgin Money’s Empowering Productivity Report found that just 6% of finance CEOs were women in 2016. Whilst almost a quarter (23%) of board positions were occupied by women, we are still far off where we should be.

What should we aim for?

The efforts to equalise the gender balance in finance must be measured against what the ideal situation looks like. Some might suggest an equal 50:50 divide of board members, executive committees and CEOs would signify success.

I would be wary of this aim, however. Whilst 50% female representation on boards would mark progress in an obvious way, the pursuit of that simplistic target could have negative repercussions on women and firms alike. Indeed, it could lead to the promotion of those who are not ready or possibly create further imbalance—after all, most applicants and new starters in the financial sector are men.

Rather than reductive and potentially harmful quotas, we should aim for a substantive cultural shift and genuine equality of opportunity for all. This would ensure that individuals are able to ascend the career ladder purely due to their skills and talent, and not on the basis of their gender, ethnicity, sex or class.

That kind of shift is no less radical an approach than rigid, blanket quotas. Indeed, if change runs deep into the operations of a firm, it is more effective long-term as it is entrenched in the values of the company and its employees.

And what does a culture change actually look like?

To successfully embrace the spirit of International Women’s Day, financial firms will need to implement real change. Looking beyond the abstract, it is worth understanding the kinds of actionable structures and policies worth pursuing.

One important change is the anonymising of applications for prospective new starters. Whilst this may seem like a small step, applicants who do not look like the average person in finance will likely be encouraged that their application will definitely receive fair consideration. This policy is best enacted by ensuring names, addresses and schools (and perhaps even universities) are hidden. This will not only reduce underlying bias which we all can be guilty of, but also encourage a broader range of applicants and thereby offer a greater chance of finding the best person for a role.

Similarly, more formal support is needed for those on maternity leave. A survey carried out by MMB Magazine found that 90% of returning mothers were offered no formal support through a returner programme, and more than a third (37%) felt isolated. Enabling new mothers to work flexibly, for example, and ensuring they feel actively welcomed upon their return by HR and colleagues will help redress these feelings and the inequality that comes with it.

More broadly, cultural change will also necessitate a zero-tolerance approach to any kind of workplace discrimination—friendly banter or otherwise. The way we speak to each other, and especially how those in senior roles communicate, sets the precedent for how women are treated in business.

Now is the time for International Women’s Day to mark a moment of change, where the finance sector can redouble its efforts to encourage women into finance and open pathways to success for those who are already present. However, this starts with policies that fundamentally shift workplace culture—and that must come from the top.