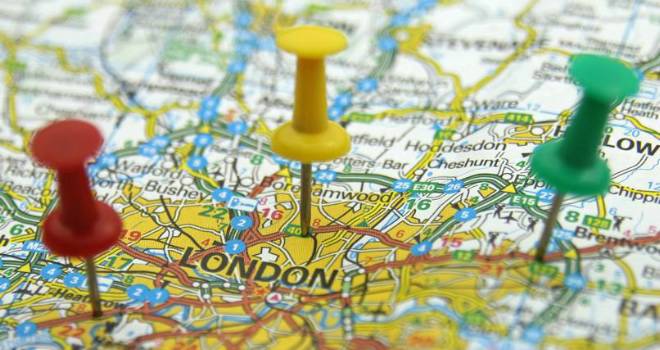 "Even though we’re still three years away from the launch of the full service, the Crossrail effect is already having a positive impact on house prices near stations on the Elizabeth Line."

Homes close to stations serving London’s new Crossrail route are already seeing a price boost, rising by 22% over the past two years compared to 14% increase in surrounding areas, according to research by Lloyds Bank.

The new service – named the Elizabeth Line – will begin operating in May 2017, although the full service stretching from Reading to Shenfield won’t be operational until December 2019.

Of the 33 stations surveyed along the new Crossrail route, 28 have seen average house price growth for homes in the same postcode sector outpace the average for the surrounding local authority areas over the past two years.

To the west of London, homes in the Burnham area have seen their average house prices jump by 40%, followed by Slough (34%) and Maidenhead (32%). These increases have comfortably outpaced the 15% house price growth for the South-East region as a whole over the past two years.

The most expensive area on the new route is Paddington, where the average house price is just over £1million. As well as being the most expensive, Paddington house prices have also seen the biggest growth following Royal Assent being granted to the Crossrail project in 2008 – almost doubling (99%) over the past eight years.

Andrew Mason, Lloyds Bank Mortgage Products Director, commented: “Crossrail promises to connect towns in Berkshire and Buckinghamshire to Essex and south-east London, via the centre of the capital, by offering a frequent and fast service which will integrate with the existing Underground network. This will clearly prove attractive to many commuters, as the new service will make it much easier to reach key destinations such as the City of London, Canary Wharf and Heathrow Airport.

“Even though we’re still three years away from the launch of the full service, the Crossrail effect is already having a positive impact on house prices near stations on the Elizabeth Line. It will be interesting to see how these grow further between now and the service becoming fully operational in December 2019.”