Life after LIBOR: What happens next? 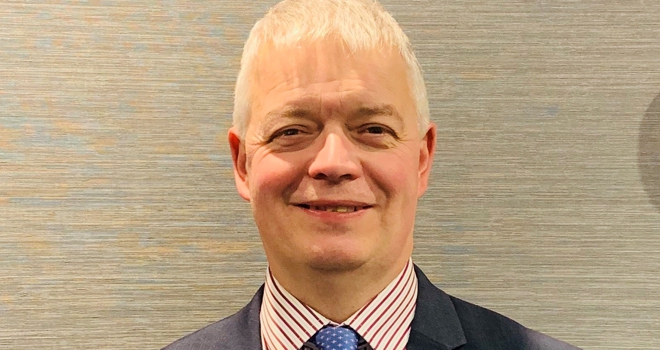 By the end of 2021, the 50-year-old interbank global borrowing rate, LIBOR, will be no more and the monumental changes will effect the way trillions of dollars of worldwide financial contracts are priced, including loans for property developments.

Property developers need to be aware of this, because it is likely to impact the interest rate they pay on their loans.

The world’s most powerful financial regulators are committed to replacing the tainted benchmark after a series of well-known scandals in which individual bankers working at global investment banks were able to manipulate it to suit their own financial interests. The market abuse first came to light in 2012, where it was identified that the manipulation dated back as far as 2003.

The transition away from Libor has been billed as one of the biggest and most profound changes in the history of financial markets.

Within two years, more than USD $350 trillion of financial securities and loans across multiple currencies will need to find another risk-free reference rate (RFR) to be priced against. Essentially, this amounts to the repapering of the financial world – the magnitude of which is difficult to assess.

Development loans form part of the huge sum of money that will be affected. With development loan timeframes typically fixed up to 36 months, some of the loans being structured today are based on a reference rate that could be replaced before the end of their term. But are those borrowers aware of its impending demise, or the potential cost implications of the move away from Libor, when a successor has not yet been determined?

Regulators are pulling out all the stops to urge the banking and investment industry to put the move away from Libor at the top of their senior executive agenda, making clear the urgency of industry participants to wean themselves off Libor-linked products well before 2021 if possible. The FCA and the PRA issued a Dear CEO letter in September 2018, delivering a clear message to the industry that it must take action immediately.

But are lenders and brokers doing enough to make sure their clients understand the scenarios for their portfolio of financial contracts and securities with maturity dates beyond the end of 2021?

Richard Payne, Director of Development at specialist real estate lender Oblix Capital said: “The interest rate on development loans is typically charged at a fixed annual rate, plus Libor. Until the replacement for Libor has been agreed, it isn’t possible for lenders or brokers to accurately predict the impact that the switch to a new reference rate will have. The alternative reference rates are unlikely to differ wildly from Libor but nevertheless, if loans are being arranged now that will extend beyond the end of 2021, the borrower should be made aware of these forthcoming changes before the loan is agreed.

Lenders should also ensure that their Terms and Conditions adequately allow the switch to an alternative reference rate as and when Libor is no longer available, and should communicate their plans to existing borrowers as soon as they are known.”

Life after Libor: what will replace it?

Central banks and working groups set up by regulators have been working on alternatives to Libor for a while for their own markets and currencies. The two major developments that have emerged from the US and the UK may lead to a clash for supremacy as the dominant RFR in global financial markets, as the Libor retirement deadline approaches. Alternatively, a post-Libor world could see the market fragmenting as different currencies end up adopting different solutions.

In the USA, regulators are pushing the Secured Overnight Financing Rate (SOFR) to underpin US dollar-denominated assets. SOFR is a broad measure of the cost of borrowing cash overnight collateralised by Treasury securities.

It is based on real repurchase agreement transactions in one of the deepest and most liquid markets in the world and supported by multiple data sources to ensure its resilience and accuracy. It made its debut in July 2018 and each business day, the New York Federal Reserve publishes the rate at 8:00 am Eastern Time.

Full details of its methodology, policies and historical data can be found at https://apps.newyorkfed.org/markets/autorates/SOFR.

SOFR is not without its critics. The biggest concern is that it is an overnight rate that currently lacks any sort of term structure; it is an overnight return based on overnight loans. However, the message has been clear from the New York Fed that eventually they expect to get a term curve for SOFR and that will be, regulator bosses say, when the benchmark will become a credible replacement for the hundreds of trillions of dollars of contracts currently referencing Libor.

In the UK, the Sterling Overnight Index Average (Sonia) – an existing reference rate already widely used in the derivatives market and gaining traction in the sterling bond market – is being considered as the working replacement to Libor for sterling-based assets.

Like SOFR, it is an overnight rate based on actual transactions that have taken place the day before.

The Bank of England is looking into establishing a forward-looking Term SONIA Reference Rate (TSRR). This will be particularly relevant to property developers and construction companies looking to fund commercial and residential property projects. More details about SONIA, how it is produced and historical data can be found at https://www.bankofengland.co.uk/markets/sonia-benchmark.

Other currencies, including the Swiss Franc and the Japanese Yen, have opted for the unsecured route to replace Libor, possibly because their markets are much shallower.

Lenders could wait until the last minute, or could introduce a different RFR before the end of 2021. It is still unclear whether a single replacement RFR will be introduced, or whether different lenders will adopt different underpinning RFRs within their agreements. Developers should be aware that if they take out loans with maturity dates beyond the end of 2021, the underpinning RFR within their loan agreement will change before the loan is due to be repaid.