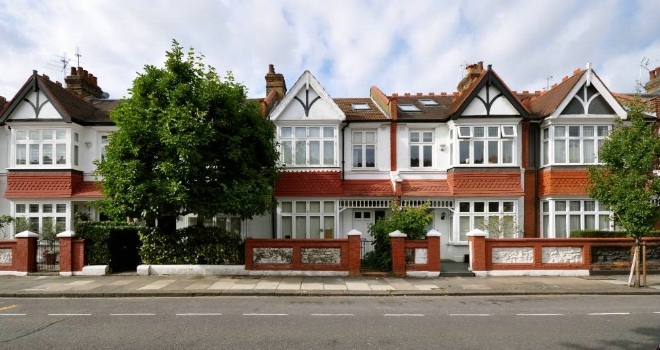 The average house price in the UK reached yet another record in May at £261,743, according to the latest Halifax house price index.

This comes as annual house price inflation reaches its strongest level in nearly seven years, with prices having grown 9.5% annually.

All UK regions bar the North East saw an acceleration in year-on-year house price inflation last month. The strongest growth was once again recorded in Wales (up 11.9% over the past year), closely followed by the North West and Yorkshire & Humber, both of which posted double-digit annual growth. For Wales and the North West, these are the biggest percentage gains since April 2005, and for Yorkshire & Humber since June 2006.

The South of England, however, is for once lagging somewhat behind the rest of the country. This is especially the case in Greater London, where average prices are still 3.1% higher than a year ago (although already very expensie compared to much of the country) but growing more slowly than the rest of the country. This likely reflects a weakness in city prices given the shift in preference for properties with more space, whilst recent surcharges on stamp duty for non-UK residents and Brexit concerns will also have weighed on the capital’s market.

“House prices reached another record high in May, with the average property adding more than £3,000 (+1.3%) to its value in the last month alone. A year on from the first easing of national lockdown restrictions, and the gradual reopening of the housing market, annual growth surged to 9.5%, meaning the average UK home has increased in value by more than £22,000 over the past 12 months.

“Heading into the traditionally busy summer period, market activity continues to be boosted by the government’s stamp duty holiday, with prospective buyers racing to complete purchases in time to benefit from the maximum tax break ahead of June’s deadline, after which there will be a phased return to full rates. For some homebuyers, lockdown restrictions have also resulted in an unexpected build-up of savings, which can now be deployed to fund bigger deposits for bigger properties, potentially pushing property prices even higher.

“Whilst these effects will be temporary, the current strength in house prices also points to a deeper and long-lasting change as buyer preferences shift in anticipation of new, post-pandemic lifestyles – as greater demand for larger properties with more space might warrant an increased willingness to spend a higher proportion of income on housing.

“These trends, coupled with growing confidence in a more rapid recovery in economic activity if restrictions continue to be eased, are likely to support house prices for some time to come, particularly given the continued shortage of properties for sale.”

Sundeep Patel, Director of Sales at specialist lender Together, said:

“The surge in demand for property we’re continuing to see showed no indication of slowing last month. House prices reached another record high in May, up by 1.3% (more than £3,000) in value than in April. Annual growth also surged by 9.5%, with the average house price in the UK now at £261,743.“However, with the Stamp Duty tax break starting to taper off from the end of this month, we’re likely to see this unprecedented rush for new homes ease off by the time we hit the end of summer. The recently released travel traffic light list for UK holidaymakers may also dampen activity as people prepare to make a break for guaranteed sun and so stick a pin in their property plans back home.

“How the property market will shape up by the end of this year is no way near certain. However, whether house prices have been artificially inflated or not, it is possible the backlog in demand from keen buyers will markedly increase opportunities for specialist lenders, as increased volumes of borrowers turn to finance such as bridging loans to quickly purchase their ideal homes.”

"Investors and homeowners alike are wondering whether the housing market boom is about to bust? With 9.5% house price growth in the year to May, despite the huge economic problems caused by the pandemic, it’s a sensible question.

"So, unlike crypto ‘investments’ or shares, people tend not to sell unless they really need to. And, with interest rates low and forecast to remain so, it can be cheaper to pay a mortgage on an equivalent property than to pay rent. So a mass sell-off from property owners who have already managed to put down a deposit seems unlikely unless interest rates rise significantly."

'According to Halifax, average annual house prices are at an historic high, at £261,743, which will seem unaffordable to many - in particular younger people. A big cause of growth over the past year has been the desire for more space - and for those not moving, home renovations are increasingly popular. This is symbolic of our rising living standards which is, on the whole, a good thing. As a result, house prices and construction costs rising. This means, in turn, that the cost of renting, buying and improving homes are likely to continue to rise."