New leasehold reforms to 'transform the future of home ownership'

The improvements would make it easier and cheaper for homeowners to buy the freehold, extend their lease, or convert to commonhold. 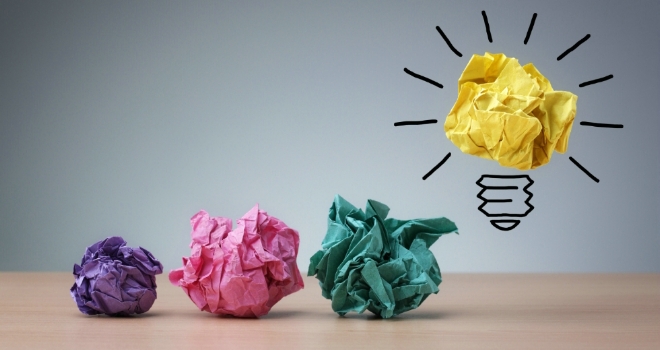 "Our reforms will make a real difference by giving leaseholders greater control over their homes, offering a cheaper and easier route out of leasehold, and establishing commonhold as the preferred alternative system."

The improvements would make it easier and cheaper for homeowners to buy the freehold, extend their lease, or convert to commonhold. The reforms will also pave the way for a system where flats are sold with freehold title (as part of a commonhold).

The reforms would also make it easier and cheaper for leaseholders to take over the management of their building without buying the freehold, by exercising the right to manage.

It has been estimated there are at least 4.3 million leasehold homes in England alone.

The reforms – laid out in three reports – work in tandem with planned changes from the Government, but the Law Commission says it is ultimately up to Government to decide whether the reforms should be compulsory (in all or some circumstances), incentivised, or left optional.

The first report, the Enfranchisement report, recommends changes to make the scheme of enfranchisement rights work more smoothly and efficiently. This would allow buildings with up to 50% non-residential space would qualify (rather than 25%, as is currently the case), as well as enabling leaseholders to make a claim straightaway, rather than having to wait for two years.

Additionally, the price to purchase a block would be reduced by allowing leaseholders to compel landlords to take “leasebacks” of some flats.

Leaseholders would be able to buy the freehold of multiple buildings at once and a new right to a lease extension for a term of 990 years would be introduced, in place of shorter extensions of 90 or 50 years under the current law.

The second report, the Right to Manage report, recommends the removal of existing obligations on leaseholders to pay the landlord’s costs of the RTM process, including of any Tribunal action.

It also wants to make the RTM claims process easier by reducing the number of notices that leaseholders must serve, and giving the Tribunal the power to waive minor procedural mistakes in the process.

The third report, the Commonhold report, sets out a plan to make commonhold not just a workable alternative to residential leasehold for all involved, but the preferred alternative.

The recommendations place leaseholders in control of the conversion process and enable conversion to commonhold without the agreement of every person, with safeguards to protect those who have not agreed.

It also wants to introduce flexibility into the way commonholds can be built and managed, enabling their use for developments of all types and sizes – moving away from a “one size fits all” approach which the Commission says makes the current scheme too inflexible for many developments.

Professor Nick Hopkins, Commissioner for property law, said: “The leasehold system is not working for millions of homeowners in England and Wales. We have heard how the current law leaves them feeling like they don’t truly own their home.

“Our reforms will make a real difference by giving leaseholders greater control over their homes, offering a cheaper and easier route out of leasehold, and establishing commonhold as the preferred alternative system. The reforms will provide a better deal for leaseholders and make our homes work for us, and not somebody else.”

Julie James MS, Minister for Housing and Local Government, Welsh Government, commented: “These comprehensive and much anticipated reports mark a significant step towards much needed reform. It is clear that the current leasehold system often fails resident leaseholders and these reports will give us a better understanding of the issues involved; we now need to take the time to consider them carefully.

“The Law Commission have undertaken a mammoth task in unpicking the current law, engaging widely on the options for change, and putting forward comprehensive recommendations and I’m grateful to them for their excellent work.”

Guy Osborn, head of commercial property and leasehold reform at Osbornes Law, added: “This is a radical step that would change the face of the housing market. The key to the success of all of the proposals however, will be the promotion of the commonhold tenure, which will provide a viable alternative to leasehold.

"If it is not made either compulsory or significantly more attractive to housebuilders, they are unlikely to take it up and will stick with the traditional leasehold model. Commonhold has been around since 2002 but there are little more than a handful of commonhold properties in the UK at present, because for developers it simply doesn’t make financial sense.

"The leasehold model allows for both the sale of individual flats and the property’s freehold whereas the commonhold model deprives developers of a valuable, saleable asset. If government is really serious about reforming the housing market they will need to provide developers with a financial incentive, or ban new builds from being sold as leasehold altogether.”