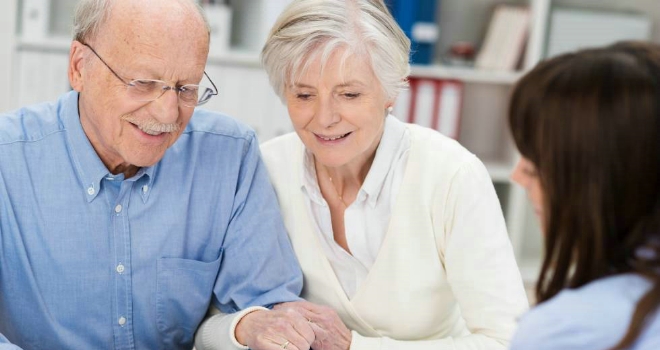 The latest research from independent equity release adviser, Key, has revealed that despite ongoing political and financial uncretainty in the UK, for the Bank of Gran and Grandad at least, it's business as usual.

The newly released research found that grandparents are expanding their student offering as the new academic year gets underway. According to the figures, over 35% of grandparents – equating to roughly 4.9 million people - have already helped or are planning to help fund their grandchildren through university.

Key found that 15% of grandparents have already contributed with an additional 20% are planning to do so over the next 10 years. It’s not just grandchildren being helped - around 6% of over-55s homeowners will help nieces, nephews and godchildren.

Most are using their cash savings to support students, however, a growing number - around 11%, said they plan to tap into property wealth for this purpose through either downsizing, selling other properties, remortgaging or equity release.

The 412,490 UK students starting courses at universities this month will value the support – graduates are estimated to leave university with average debts of £50,000 which they will start repaying once they earn above £25,725. The Government lends more than £16 billion a year through the Student Loans Company and more than £121 billion of loans are currently outstanding.

But most students will not need to repay the Bank of Gran and Grandad – Key’s research found nearly four out of five (79%) grandparents regard the cash as a gift while 18% expect students to only repay some of the money. Just 3% expect their money back.

Where are the Bank of Gran and Grandad finding the money to help students from?

Will Hale, CEO at Key, had this to say: “The over-55s are a generous generation with many looking to help their loved ones, especially when it comes to something as important as education. The cost of higher education can seem daunting with students leaving university with average debts of £50,000 as well as their degrees.

While some of these student loans will eventually be written off, many successful graduates will find that they are using their hard earned cash from their early years of employment to make these payments rather putting aside money for their first home or other long term goals.

Retired homeowners are mainly using savings to help fund university fees but are also turning to their property wealth using alternatives such as equity release to support families.

When making any significant financial decisions good specialist advice is key to ensuring older homeowners use their property wealth in the best way to support their own needs and aspirations and those of their families.”