In today's Spring Statement, Chancellor Philip Hammond announced that the OBR has cut 2019 growth forecasts to 1.2%, down from an expected 1.6% in the Autumn Budget. 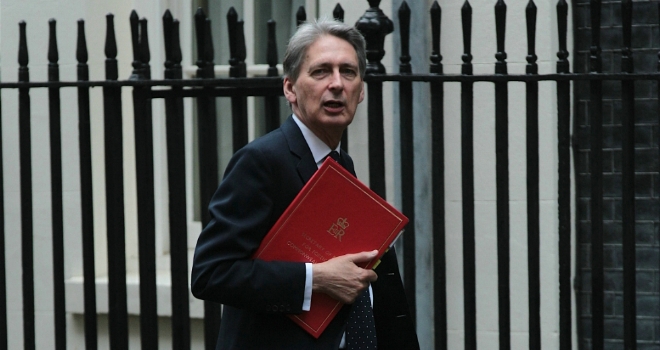 "The current economic and political landscape remains in disarray and it is almost impossible for Mr Hammond, or anyone else, to predict the future performance of our nation "

Hammond also announced that if a Brexit deal is reached, the Government will launch a three year public spending review.

A no-deal Brexit would cause "significant short to medium term reduction" in capacity of the British economy, he added.

The Government will also unlock £717m from the Housing Infrastructure Fund to deliver up to 37,000 new homes on sites in West London, Cheshire, Didcot, and Cambridge.

Hammond said the scheme will launch next month and will help "restore the dream of homeownership".

Toni Smith, chief operating officer at PRIMIS, said: “As expected, today’s announcement has been a low-key affair for the mortgage market. However, the Chancellor’s pledge to pump £3 billion into an Affordable Homes Guarantee scheme to support the delivery of 30,000 affordable homes will be applauded.

"Help to Buy has been crucial in making homeownership a reality for many, with the number of first-time buyers reaching an 11-year high in 2017. With today’s new measure, this section of the market will be reassured that they remain a core focus of the government."

Yomdel CEO, Andy Soloman, commented: “Less of a spring statement and more an opportunity to pedal the Conservative party’s wider agenda of a deal before our EU exit date as the economy hangs on by its fingernails.

"The current economic and political landscape remains in disarray and it is almost impossible for Mr Hammond, or anyone else, to predict the future performance of our nation as we enter this unchartered territory.

"While main economic indicators look steady, we are yet to actually leave the European Union and one could be forgiven for expecting the worst given the state of proceedings thus far.”

Director of Benham and Reeves, Marc von Grundherr, added:  “It may seem as though the chancellor has come out fighting for UK homeowners, but today’s spring statement was predictably compiled of regurgitated rhetoric and slightly misleading claims where the property market is concerned.

"The investment into the Cambridge Oxford technology corridor has also been highlighted before but that said, it should help to stimulate this stretch of the property market should it come to fruition.

"Help to Buy is arguably the poisoned chalice that has seen prices continue to inflate due to the uplift in demand it has fuelled, while new stock delivery remains inadequate. This playing field may be relevelled should we see the £3bn affordable homes initiative bring the expected 30,000 additional homes, but as is often the case, these cash promises rarely provide a notable return.”