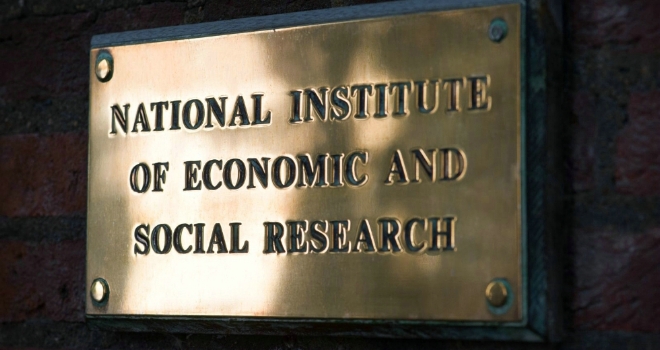 "There is a strong chance that the Bank of England will raise the policy rate in November, thereby reversing some of the emergency stimulus"

The National Institute of Economic and Social Research says that if CPI inflation continues to rise, "there is a strong chance that the Bank of England will raise the policy rate in November".

The Institute estimates that GDP output grew by 0.4% in the third quarter, a slight increase from the 0.3% growth recorded in Q2.

However NIESR stressed that although growth has nudged higher, "the UK economy continues to lag behind other major industrial economies such as the Euro Area and US".

Amit Kara, Head of UK Macroeconomic Forecasting at NIESR, said: “We estimate that economic growth recovered to 0.4% in the third quarter of this year from 0.3% in the second quarter. Our third quarter GDP growth estimate is in line with the forecast published in August.

"Although economic growth is likely to be a touch stronger in the second half of this year compared with the first, it is important to note that activity has slowed since last year and this at a time when real GDP growth in other major economies such as the Euro Area and the USA has strengthened. Looking ahead, we expect the pattern of demand in the UK economy to rebalance towards international trade in response to strengthening global growth and weaker sterling and away from domestic demand.

"At the time of the August forecast, we had not expected Bank Rate to be changed before February 2018, but recent comments from the Bank of England point to a rate increase as early as next month. If forthcoming data releases show that CPI inflation has risen again and the labour market remains buoyant, there is a strong chance that the Bank of England will raise the policy rate in November, thereby reversing some of the emergency stimulus that was injected into the economy in response to the EU referendum result."