Average house prices in England and Wales are set to rise in the first two months of 2022 based on deals agreed in October and November, according to the latest data from Reallymoving. 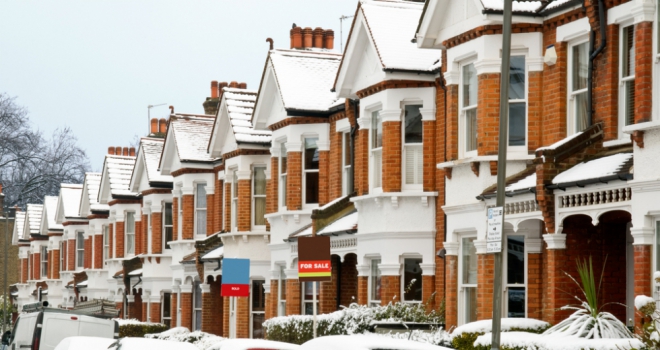 "House price growth in the New Year is inevitable based on transactions already underway, following a strong market performance in the autumn"

Reallymoving captures the purchase price buyers have agreed to pay when they search for conveyancing quotes through the comparison site, typically 12 weeks before they complete.

Average prices are expected to fall by 1.1% this month as a result of deals agreed between buyers and sellers in the early autumn, when the impact of the stamp duty holiday subsided and demand fell back to be more normal levels.

However, most likely as a result of a severe shortage of new stock coming to market, the prices agreed between buyers and sellers began to rise in October and November which will be reflected in an increase of 2.5% in January, slowing to 0.2% in February 2022 when the average completed sale price will be £342,900.

Reallymoving predicts that annual house price growth will remain unchanged in December at 0%, before increasing by 2.1% in January 2022 and 1.0% in February.

Rob Houghton, CEO of reallymoving, commented: “House price growth in the New Year is inevitable based on transactions already underway, following a strong market performance in the autumn when a lack of stock and continued high levels of buyer demand helped support prices.

"As we head towards Christmas there are a number of headwinds with the potential to impact buyer sentiment, not least the spread of Omicron which brings renewed uncertainty and concern over jobs, inflation and economic growth. Although interest rates remain very low, the first rise feels significant and shows that despite the escalating Covid-19 situation, the Bank of England won’t wait to tackle rising inflation.

"Rising borrowing costs will impact the affordability of first-time buyers coming to market and those in a position to buy soon may be more tempted to press ahead and secure a fixed rate deal as quickly as possible.”