Equity release plans surged by 21.4% in the first three months of the year, with older homeowners releasing an average of £111,500 in property wealth as the equity release market hit a new high, according to Key Later Life Finance. 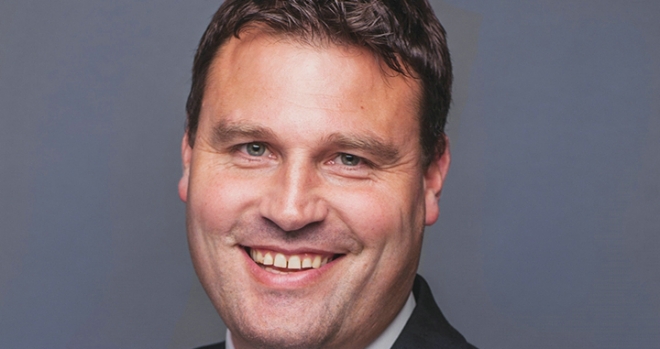 Key's data shows that the value of new equity released during the period soared by 30.5% to £1.399bn – the highest on record for the industry.

The strength of the housing market meant the average amount released climbed 7.5% from £103,710 taken out last year and existing equity release customers benefited too. They were able to release another £373m in further advances or drawdown highlighting how the impact of rising house prices has increased the number of customers using these flexibilities.

The rise of remortgaging

Low rates and increasing flexibility of equity release plans are driving an increase in remortgaging – Key estimates 1,789 remortgaging cases were completed in the first quarter which was a 78% increase from last year’s 1,005.

Customers moved an average of £121,073 from an interest rate of 5% to 4.1% during the period and the surge in business meant it accounted for 25% of all equity released for debt management. The rise in flexibility is demonstrated by the number of products available – customers in Q1 2022 could choose from 1,557 plans compared with 518 in the same period last year.

In Q1 2022, the number of customers using equity release to repay their mortgages hit an all-time high and is more than double that of ten years ago (Q1 2021 - 17%) as people seek to manage their outgoings in the face of inflation.

Indeed, while the financial resilience built up by some during the COVID-19 pandemic has provided some people with a cushion, we have also seen a slight increase in those repaying unsecured debt from 27% (FY 2021) to 29% (Q1 2022).

The number of customers using property wealth to help families fell from 21% last year when the Stamp Duty holiday was still in place to 15% in this quarter, but they still accounted for 19% of all equity released.

The number using equity release to fund holidays rose to 11% from just 1% last year when COVID-19 restrictions were still in place. The proportion of equity used to pay for holidays only rose to 2% from 1%, however.

The biggest year on year rise in the total value of new equity released was in Northern Ireland where the increase was 248.7% followed by Yorkshire & The Humber on 66% and Scotland on nearly 64%.

Northern Ireland also recorded the biggest year-on-year rise in plan sales at 151.1% followed by Yorkshire & The Humber at 51% and Scotland at 46%. The East Midlands on nearly 37% and the North East on 35% also recorded major increases.

The strength of the housing market in the South East and London meant those regions accounted for 45% of all equity released during the three months despite accounting for 31% of plans sold. More plans were sold in the South West, North West, East Midlands, and West Midlands than in London with Yorkshire & The Humber only slightly behind the capital. The table below shows the breakdown across the country.

Will Hale, (pictured) CEO at Key, said: “With headlines suggesting that the UK is facing a challenging inflationary environment, we are seeing older customers increasingly choosing to manage their debt using equity release. Although being able to clear any borrowing before retirement is obviously ideal, with modern equity release products now offering all new customers the opportunity to make penalty-free capital repayments over-55s have more options than ever before.

“It is this type of innovation that serves to meet developing customer needs and has seen Q1 2022 recording record numbers of plans taken out. Nothing is certain but following a hugely successful Q1, the market in 2022 looks to be in a position to grow and serve more customers than ever before.

“As an industry, we need to continue to rise to the challenge of supporting an ever more diverse universe of clients by building on the evolution that has seen a huge growth in the number of products and features available as well as more choice in how customers access specialist advice.”

Stuart Wilson, Chief Executive Officer at Air Group, comments: “Today’s data demonstrates just how strongly the equity release sector has bounced back from the blows it was dealt during the coronavirus pandemic. In the three months to the end of March 2022, more than 12,500 new plans contributed to £1.4 billion in lending, making it the largest first quarter on record.

“Interestingly, we’ve also seen a significant increase in the number of customers choosing to remortgage their plans to access additional borrowing as house prices increase or to secure better rates and features. While rates are increasing, they are still modest when compared to historic levels so customers looking for a better deal are likely to remain a feature in the market for the foreseeable future.

“Behind these figures sits the hard work of the advisers who have worked consistently to ensure that their customers find the right option for their individual circumstances – when they take the products out and as they live with them. AIR will continue to focus on supporting this demographic with increased tools, functionality and insights.”