Evolution Money has launched the fifth iteration of its quarterly data tracker, which shows an increase in both volume and value for prime borrowers accessing second charge mortgages. 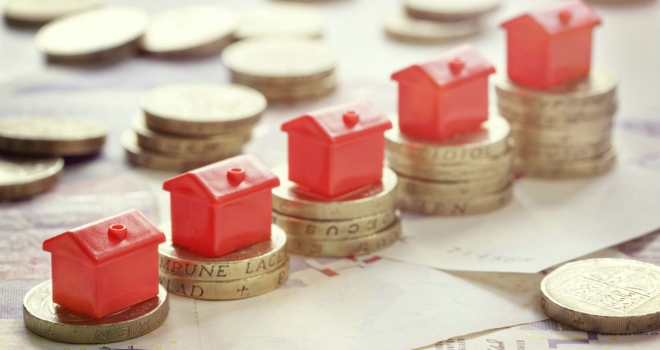 "A second charge could be the better option, especially given the changing criteria, the greater flexibility, and the larger loans now available."

The tracker reviews borrower types, average mortgage sizes, LTV, and other information to give advisers insight into the reasons why a second charge mortgage might be suitable for their clients.

Evolution Money analyses data from two different types of its second charge mortgage products, split between those borrowers using the loans for debt consolidation purposes, and those clients who have prime credit ratings.

In previous iterations of the tracker, activity amongst prime borrowers was also inching up, suggesting existing homeowners are more willing to use second charge options, for example, to conduct home improvements as well as pay off costlier debts.

For those borrowers specifically using a second charge mortgage for debt consolidation purposes, the average loan amount has increased again to £22,184, with an average term of 125 months, but with the average LTV falling slightly to 72%. Borrowers, on average, continued to consolidate five specific debts, and the average value of the debts consolidated again increased to £15,958.

Evolution data continues to show a continued consistency across the most common uses of a debt consolidation second charge mortgage. Over half were used to pay back a loan provider, followed by paying a bank, repaying retail credit, followed by car finance.

For prime borrowers, the average loan amount has also fallen slightly to £34,087, with an average term of 153 months, and an average LTV dipping fairly significantly to 67% from 72%.

Steve Brilus, CEO of Evolution Money, commented: “Our latest tracker seems to hark back to those of a couple of quarters ago when we began to see a noticeable trend in terms of greater numbers of prime borrowers utilising second charge mortgages for other uses beyond the typical consolidation of debts.

“With existing homeowners locked into some very favourable mortgage deals, there is little inclination to remortgage out of these products especially when the pricing is now not as good, and when they are likely to have to pay a considerable early repayment charge to do so.

“Instead, for those existing owners that want to access their equity for all manner of purposes, a second charge could be the better option, especially given the changing criteria, the greater flexibility, and the larger loans now available.

“Without doubt, the main purpose of a second charge tends to remain the paying of debts, but we see more prime borrowers using their loans in a combination of ways, often to improve their homes and pay off costlier debts at the same time, such as credit cards and car finance.

“The latest Finance & Leasing Association figures for the three-month period up until the end of January this year, show the value of second charge mortgages increasing by 52% on the same period a year ago. That’s a significant uplift and details the growth in demand for second charge products and the growing range of solutions they give to existing homeowners, especially off the back of house price rises.

“We fully anticipate second charge mortgages becoming even more relevant to more homeowners, and advisers are much more likely to be seeing clients for whom a second charge is suitable. First-charge mortgage rates have been inching up over the last few months, with further rises anticipated, while many homeowners may feel the time is right to pay off debts, especially if (at the same time) they are seeing the cost of living also rise.

“It will be intriguing to track how the seconds market grows in the months ahead, but if the start of the year is anything to go by, then activity levels should remain strong.”