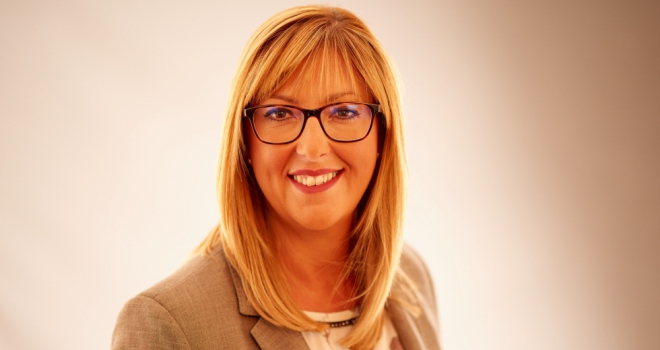 "The news in the second week of September centred around the future of the furlough scheme, with rumour of at least a partial extension supporting positivity in the market."

September is traditionally the month where everyone returns from holidays, the leaves begin to turn and the weather begins to cool. Conversely the housing market usually heats up after a summer slump.

This year there was an avalanche of changing criteria in September as lenders adjusted to the rapidly changing conditions.

Knowledge Bank had a record 5,002 changes or new additions of criteria. In just the last four working days of September there were 1,743 amends.

There was also a huge return of lenders with ten either fully returning after withdrawing, or bringing back products that were pulled previously. With the current pace of change it’s impossible for any broker to keep abreast of all the amendments with a traditional spreadsheet.

As many are former mortgage brokers themselves, the team at Knowledge Bank understand the challenge that brokers are facing with the raft of changes, lenders coming back into the market and others pulling products.

Furlough played a major role in the rapidly changing criteria in September with lenders reducing availability to those on the scheme. This reduced appetite for risk was reflected in the overall trend for a reduction in the amount of higher LTV mortgages available.

The month started with news from Nationwide’s House Price Index that house prices rose by 2% in August, the highest monthly increase in 16 years. This reflected the rapid return of demand in the housing market; with pent up activity from lockdown still driving the market, prices rose as demand continued.

Lenders restricted criteria as concerns rose around affordability for those on furlough. One lender decided they would no longer accept applications from those on the scheme. This was the first move in a trend across the residential mortgage market as lenders tightened criteria as they became more risk averse.

Another development of note was the return of lenders to the mortgage market. Vida Homeloans returned accepting buy-to-let and residential applications. Atom re-entered with a range of purchase and remortgage products and Coventry for Intermediaries relaunched interest only lending with a new range of products.

The news in the second week of September centred around the future of the furlough scheme, with rumour of at least a partial extension supporting positivity in the market. Lenders remained concerned however.

To reduce lending risk, Barclays announced it was lowering its income multiples to a maximum of 4.49 times salary and Platform withdrew most of its high LTV products. Accord Mortgages announced it was no longer accepting applications at 90% LTV, however they have now started bringing back 90% products for first-time buyers periodically. Gatehouse reduced finance to value to 65% on its buy-to-let products.

Bucking the trend, TSB launched a 90% LTV residential product, initially announcing that it would only last 24 hours, demand was so high that the product was pulled just six hours after hitting the market. This demonstrates the speed in which brokers need to be aware of the changing products as more of these ‘flash sale’ high LTV products could hit the market.

The Centre for Economics and Business Research reported the record rise in house prices was an anomaly driven by emergency policy measures. They predicted that house prices would drop by almost 14% next year after the stamp duty holiday ended.

Despite this gloomy forecast, second charge specialist Equifinance fully returned to the market after withdrawing in March, while Hodge re-entered the holiday let market following strong demand for staycations. Buckinghamshire Building Society also reintroduced buy-to-let for ex-pats, including for those who were moving into the sector for first-time landlords.

This week two new staff members joined the growing Knowledge Bank team to help promote the multi-award-winning search system to brokers. Our first Question of Knowledge webinar also took place imparting expertise on topics that brokers may have always wanted more information on, but never had opportunity to find out about

On the 24th chancellor, Rishi Sunak announced a new ‘Jobs Support Scheme’ kicking off in November. This announcement may result in lenders assessing their criteria for those on furlough to adapt their products to this new system. One of these lenders was Halifax Intermediaries who reported it would no longer accept applicants who are on furlough and that those who have returned to work will need to wait until they have received their first payslip in order to prove their income.

Nottingham for Intermediaries announced it was withdrawing all of its mortgages. This was positioned as a temporary move with the lender saying it wanted to ensure it could handle existing applications.

The end of the month saw more appetite for risk from some lenders with Metro Bank reporting a new 90% LTV five-year fixed rate residential product and LiveMore Capital expanding its product range to include retirement interest-only purchase mortgages. Pepper Money removed the cap placed on CCJs and defaults. Dudley Building Society announced that it was reintroducing its shared ownership and right to buy mortgage products. The news comes after the lender began a phased return to lending last month following a prolonged absence from the market during the height of the Covid-19 pandemic.

The final week of September was the busiest in terms of criteria changes. 1,743 amends were made in just four days as lenders adjusted to the end of the furlough scheme and reassessed criteria due to exceptionally high demand.