What are buyers, sellers and estate agents thinking with a new decade underway? 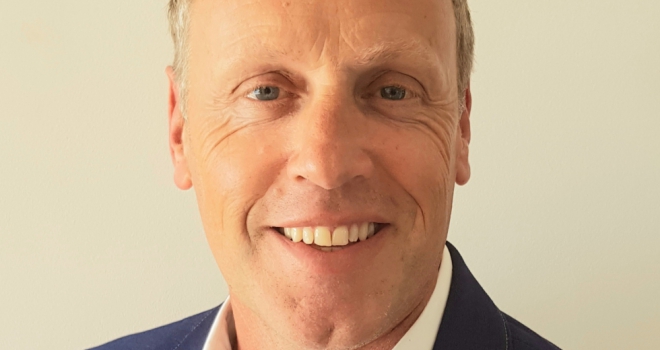 "Sellers are still cautious about putting their homes up for sale, with 31% concerned they won’t get their asking price."

At the start of the year we got a good indication of what buyers, sellers and estate agents expect to happen to house prices in 2020 through Zoopla’s latest State of the Property Nation report.

Obviously, circumstances have changed somewhat in recent weeks, with the global spread of the coronavirus, but it still provides a good view of where seller, buyer and agent sentiment are as we enter the new decade.

Confidence is slowly returning among homebuyers, the research found, with over a third of buyers actively searching for homes looking to move within the next year – a rise of 8% since 2017.

That said, sellers are still cautious about putting their homes up for sale, with 31% concerned they won’t get their asking price.

While buyers are still facing challenges in finding properties within budget and in the right location, there was good news in the fact that there was a 5% reduction in the number of frustrated home-hunters in the 12 months leading to January 2020.

The study found that first-time buyers face less of a challenge when it comes to finding the right location, with their main obstacle typically being affordability. Some 50% see saving for a deposit as a challenge, while 43% are concerned about securing a mortgage. Despite this, first-time buyers make up the largest buying group outside London and the South East, with some 40% market share.

Meanwhile, the study also revealed the main reasons for purchasing a new property, with ‘moving to a bigger home’ the prime motivation for buyers, particularly among young families. Some 39% were eager to upsize in the same area.

On the other hand, 36% of empty-nesters are keen to 'move to a new location', often with the intention of moving closer to family.

The housing market is bouncing back slowly, with Zoopla’s report finding that there’s been a modest rise in the number of people actively looking to buy, sell or rent a property. Of these active property seekers, 32% said they are more serious about moving than ever before – a growth of 11% on last year’s State of the Property Nation survey.

The report revealed signs of a high street agent resurgence. The nationally representative survey of 6,000 consumers and 650-plus agents who operate across the sales and lettings landscape revealed that 79% of home sellers instructed a high street agent in the last year, up from 63% the year before and the highest rate from the last decade.

The volume of completed transactions overseen by high street agents was also on the rise last year, at 66%, up from just over half (51%) in the previous year.

High street agents are most popular in the South West, with 83% of sellers having used a traditional agent in 2019. Following closely behind was East Anglia and Wales, with 82% of sellers instructing a high street agent across the same time period.

Scotland, by contrast, saw the lowest numbers of sellers opting for a high street agent (64%). Nevertheless, this still represented nearly two-thirds of sellers in the country.

These figures, highlighting a boost in demand for the high street agent, has been greeted with a renewed sense of optimism, with over half of agents (52%) believing that more properties will come onto the market in 2020, a stark rise from the survey in 2018 (39%).

This optimism is reflected in the latest Zoopla UK Cities House Price Index, where a 2.6% year-on-year growth in the volume of stock for sale was reported. Some cities are reporting above average growth in supply, including Liverpool (+18%), Cambridge (+14%), Oxford (+13%) and Manchester (+13%).

Away from their core business, many agents are gearing up to diversify their revenue streams and provide a broader range of consultancy services. The two most popular ways in which to stimulate revenue growth in 2020, according to agents, are mortgage advice and brokering (43%) followed by providing legal services (42%).

Digital marketing set to shape agent engagement with consumers in 2020

In addition to the above, the Zoopla report revealed that 65% of agents plan to harness social media to promote listings in 2020. This comes in response to a 50% rise in consumers browsing homes on Facebook year-on-year.

Making use of property websites is also key to many working in sales and lettings, with 84% of agents regarding portal listings as a top three marketing priority.

While the number of people searching for homes via social media is still relatively small (only 12%), this has gone up from 8% this time a year ago. As a result, it’s little surprise that 53% of agents are looking to boost their digital and email marketing credentials this year, with nearly two thirds of agents planning to harness social media to promote their listings.

Despite the increasing importance of social media, email marketing remains the go-to for many house hunters. Some 47% of consumers have set up email alerts via property portals to stay on top of new properties coming onto the market. Unsurprisingly, email alerts are most popular with Londoners. In the capital, 64% are signed up to receive these, a reflection of the increased competition in the country’s busiest housing market.

Agents surveyed also said that some 65% of their leads now originate from a property portal, further highlighting their importance.

In an increasingly tech-led world, property apps have matured to become a crucial part of the property browsing experience. A fifth of consumers now have a property app installed on their digital devices, whether active in the market or not, while consumers are using apps on average 4.8 times per week.

Of those actively searching for a home, upsizers favour app usage over any other demographic, with 44% having a property app installed on a phone or tablet.

While the current coronavirus outbreak is likely to have a huge effect on the market for a period, agents can feel reassured that it comes at a time when the property sector was bouncing back and where there is more political stability.