A former head of global foreign exchange cash trading at HSBC has been found guilty of defrauding a client in a $3.5bn currency deal. 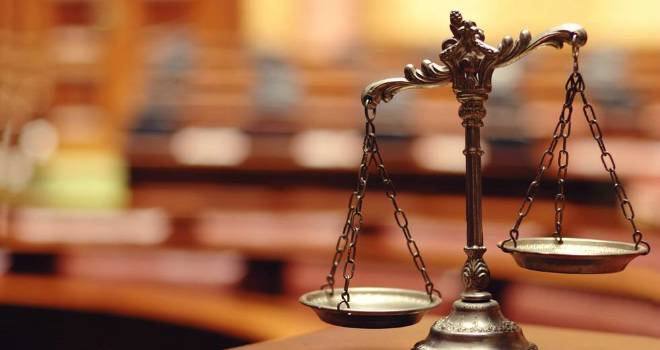 "Johnson exploited confidential information provided by a client of the bank to execute trades that were intended to generate millions of dollars in profits for him and the bank at the expense of their client."

UK citizen Mark Johnson, along with another HSBC banker, Stuart Scott, were charged in July 2016 with conspiring to defraud a client by rigging the $3.5bn foreign exchange trade.

Johnson was convicted today by a US jury for his role in the scheme and the US is now seeking to extradite Scott to stand trial.

According to the evidence presented at trial, Johnson cheated an HSBC client out of millions of dollars by misusing confidential information he received about the client’s transaction.

The evidence shows that Johnson and Scott caused the $3.5 billion foreign exchange transaction to be executed in a manner that was designed to spike the price of the Pound Sterling, to the benefit of HSBC and at the expense of their client.

In total, HSBC generated profits of roughly $7.5 million from its execution, including profits generated from the front running conduct by Johnson, Scott, and other traders whom they directed.

Johnson was found guilty after a four-week jury trial of one count of conspiracy to commit wire fraud and eight counts of wire fraud. Sentencing has not yet been scheduled.

Acting U.S. Attorney, Bridget Rohde, commented: “The jury found that former HSBC banker Mark Johnson exploited confidential information provided by a client of the bank to execute trades that were intended to generate millions of dollars in profits for him and the bank at the expense of their client. This Office, together with its law enforcement partners, will continue to vigorously investigate and prosecute those who would so abuse their client relationships and, more generally, undermine public confidence in the operation of the financial markets by engaging in fraudulent schemes.”

Inspector General, Jay N. Lerner, said: “This case involved a complex fraud scheme to ‘front run’ a foreign exchange transaction in order to generate millions of dollars in illicit profits for HSBC, which also indirectly benefited individual traders. Such cases are challenging, but important, to bring against bank insiders who misuse their positions and undermine the integrity of a major international financial institution.”

David Corker, Partner at criminal and regulatory law firm Corker Binning, added: "The defence case that the accused's trading strategy was legitimate risk management designed to help fill the client’s order would have been unassailable but for the contemporaneous recordings and emails.

"The accused used pre-hedging, which is a common means to reduce risk in a volatile FX market. Being able to differentiate this benign measure from front running, which is designed to harm the client and enrich the bank, is usually impossible outside of egregious examples.

"Johnson’s downfall was that he revealed his malign intention, to front-run the client order, and so confessed to the crime. Moreover, he unwisely revealed this on a bank communications network, which he should have remembered would be stored and looked at if the client complained. Perhaps he thought his real strategy to be so cleverly disguised and executed that no one would detect it.

"This case shows the benefit of making banks exercise surveillance or vigilance over their traders and emphasises the need for ongoing training of traders as to what are legitimate trading strategies. The legal distinction between pre-hedging and front running is vast, yet for a trader they might seem two sides of the same coin.

"This was a single transaction case and so relatively easy to prosecute. Next June the much more ambitious DoJ prosecution of three London-based FX traders is due to commence. The chief allegation is that they were part of a cartel. Proving that will be a much tougher task for the prosecution."