Slower house price growth at the top end of the property market over the last year has effectively offset the hike in stamp duty fees for landlords and second homebuyers, according to Private Finance. 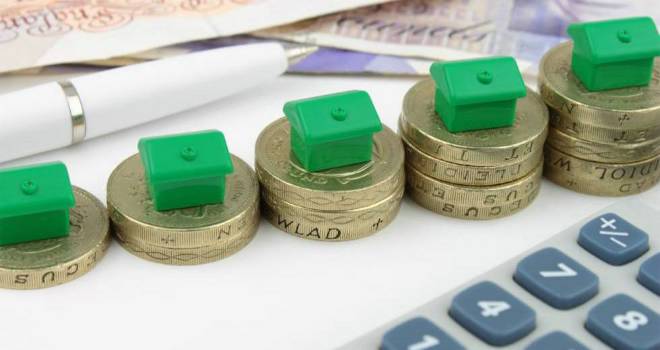 "A healthy housing market needs movement and fluidity at all levels and across all tenures, but successive changes to stamp duty in 2014 and 2016 have had the opposite effect."

While April 2016’s reforms have left landlords and second homebuyers paying £33,639 more in stamp duty at the top of the market, slower house price growth has saved them £40,827.

The average price among the top 5% of property sales in 2016 was £1.121m - up by just 0.5% from 2015 as a combination of stamp duty reform and uncertainty following the EU referendum vote put the brakes on high-value property sales.

Despite the higher fee amounting to a 60% hike in stamp duty costs for landlords, investors and second home buyers at the top of the market, Private Finance’s analysis suggests this extra £33,639 cost has been more than offset by the potential savings to be made on property purchase prices as a result of slower house price growth.

Had the top 5% of the market risen at the same rate, buyers would have had to part with £1.162m for the average high-value home in 2016, rather than £1.121m: an extra £40,827. This saving more than compensates for the additional £33,639 stamp duty bill facing landlords and second homebuyers.

The effect is even greater in London where savings of £169,410 from slower house price rises far exceed the average £77,431 stamp duty surcharge among high-end properties.

Shaun Church, Director at Private Finance, commented: “Conditions have been tougher at the top of the housing market since last April’s stamp duty reforms, which created all manner of disruption to normal activity before and after they took effect. A healthy housing market needs movement and fluidity at all levels and across all tenures, but successive changes to stamp duty in 2014 and 2016 have had the opposite effect.

“If there is one silver lining for would-be buyers and investors, it’s that slower growth of high-value property prices has had a positive impact on affordability. A buyer today can pay markedly less for a high-value property at the top end of the ladder than if growth had kept pace with the rest of the market, making it easier to absorb any extra stamp duty fees.

“Despite being something of a damp squib, last month’s Housing White Paper hopefully marks a shift away from an era of policy gimmicks and short term tinkering with housing. Greater thought is needed to create a stamp duty system that supports homebuyers and sellers across the market.

“In the meantime, the long term trend of rising house prices means stamp duty can be just as much of a psychological issue for buyers as one of affordability. There are plenty of funding options at hand to help with covering transaction costs, which mean the associated fees and taxes need not be a permanent barrier to property purchases.”