Annual house price growth remained elevated in October at 9.9%, with the average proeprty price up by more than £30,000 since the pandemic struck, according to the latest Nationwide house price index. 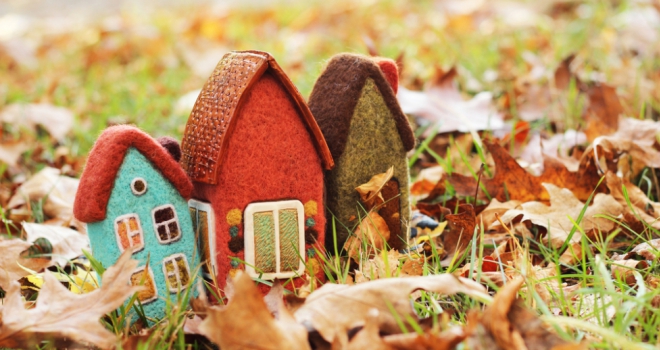 "Mortgage applications remained robust at 72,645 in September, more than 10% above the monthly average recorded in 2019."

Prices rose 0.7% month-on-month, with annual growth coming in just marginally lower than the 10.0% recorded in September.

“Demand for homes has remained strong, despite the expiry of the stamp duty holiday at the end of September. Indeed, mortgage applications remained robust at 72,645 in September, more than 10% above the monthly average recorded in 2019. Combined with a lack of homes on the market, this helps to explain why price growth has remained robust.

“The outlook remains extremely uncertain. If the labour market remains resilient, conditions may stay fairly buoyant in the coming months – especially as the market continues to have momentum and there is scope for ongoing shifts in housing preferences as a result of the pandemic to continue to support activity.

“However, a number of factors suggest the pace of activity may slow. It is still unclear how the wider economy will respond to the withdrawal of government support measures. Consumer confidence has weakened in recent months, partly as a result of a sharp increase in the cost of living.

“Even if wider economic conditions continue to improve, rising interest rates may exert a cooling influence on the market, though the impact on existing borrowers is likely to be modest."

Tomer Aboody, director of MT Finance, commented: "With the strongest housing market ever recorded and average prices hitting over £250,000, a slowdown doesn’t seem to be on the cards just yet. With interest rates still at their lowest level on record and employment robust, demand and affordability remain strong.

"As we head towards a less stable position with an imminent interest rate rise, just as government support comes to an end, surely there will be a shift. This rate of growth simply can’t go on forever.

"Demand for good houses with space will always be there as buyer sentiment has shifted since the pandemic, perhaps for good. But activity is likely to be less frantic than it has been as the market stabilises."

Managing director of Sirius Property Finance, Nicholas Christofi, said: “As is often the case in the mortgage space, what comes down must eventually go up again and we may well start to see mortgage rates creep up over the remainder of the year.

"This may be a scary thought for a generation of homeowners and buyers who have only even experienced record low rates and mortgage affordability for over a decade now and we could see the current rate of house price growth slow as many take a more conservative approach to borrowing.

"But this is no cause for panic, mortgage rates ebb and flow and while there may be an increase, this is not a return to the 1990s. Mortgage rates will remain near to historic lows and regulations have dictated for some time that new borrowers are ‘stretch tested’ before being granted a loan to avoid any financial turmoil.”

Director of Benham and Reeves, Marc von Grundherr, added: “The first look at a post stamp duty holiday market suggests that the tapered deadline has helped to negate any market collapse. That and the continued high demand for housing, of course.

"Any signs of a winter freeze look unlikely and with homebuyers continuing to enter the market at mass, market activity will remain high right through until next year.

"We’re now starting to see the London market build a serious head of steam and as the capital starts to find its previous form, this will only impact topline market performance positively.”