The government will fund two thirds of the cost of green improvements up to £5,000 per household and the full cost up to £10,000 for low income households. 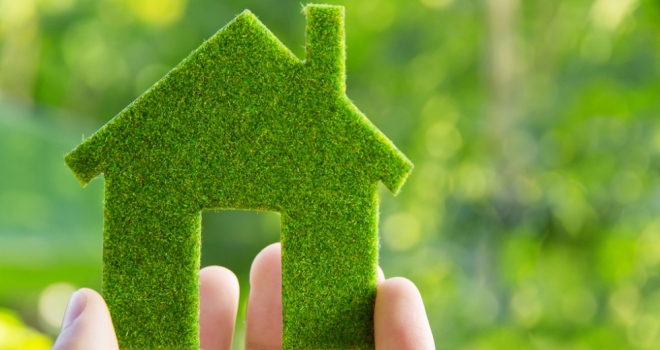 Under the scheme, homeowners and landlords in England will be able to apply for vouchers from September to pay for green improvements such as loft, wall and floor insulation.

The government will fund two thirds of the cost of green improvements up to £5,000 per household and the full cost up to £10,000 for low income households.

Sunak said the vouchers could save some households hundreds of pounds a year on their energy bills while creating thousands of jobs for tradespeople.

The scheme is part of a £3 billion green investment package that could help support around 140,000 green jobs and upgrade buildings and reduce emissions.

Another £1 billion programme will make public buildings, including schools and hospitals, greener to help the country meet its ambitions of achieving Net Zero by 2050.

During the statement, Sunak also confirmed that the stamp duty threshold will be raised to £500,000 with immediate effect until 31st March 2021.

John Goodall, CEO of Landbay, commented: "The Green Homes Grant for homeowners and landlords as well as the reduction in stamp duty is a really positive move by the Chancellor. While, inevitably, the additional 3% stamp duty will remain in place for those who already have another property, for landlords buying a property of £475,000 for example, this will mean a saving of £13,750 in stamp duty, which is a huge opportunity for those looking to expand their portfolios. It will also give landlords the opportunity to move properties from their own name into limited companies which they may not have done previously due to the stamp duty implications.

"In addition, the incentives to bring back furloughed workers and the investment in hospitality should mean that unemployment may not be as high as some may have expected. With the number of schemes now in place to support jobs this should give landlords some confidence that there will be fewer rental defaults than may have been the case.

"This is clearly a positive way forwards both for homeowners and for landlords and should deliver the kickstart to the property market that the Chancellor wanted to achieve."

Ben Beadle, chief executive of the National Residential Landlords Association, said: “Improving the energy efficiency of rental housing is good news for tenants, landlords and local economies. We encourage all landlords to make use of this as it will mean housing standards are improved, tenants will save money and it will reduce carbon emissions across the whole sector.”

Kate Davies, executive director of IMLA, added: “The Government is absolutely right to direct resources towards making our homes more environmentally friendly. Whether it’s inefficient heating systems or a lack of insulation, homes are a big contributor to carbon emissions and much of Britain’s existing housing stock will need significant remedial treatment if the Government is to meet its net-zero carbon emissions target by 2050.

“This new fund certainly has the potential to help a significant number of homeowners improve the energy efficiency of their properties. However, consumers will need to be confident that that they are dealing with properly qualified and reputable contactors, and that all work will be carried out to an acceptable standard. The Government will also want to be sure that public money is not wasted or misappropriated. A system of accreditation for approved contractors could go a long way towards providing the necessary reassurance and prevent consumers from being scammed by unscrupulous cowboys.”