Alongside Brexit-related volatility, the MPC noted that underlying UK GDP growth has "slowed materially this year". 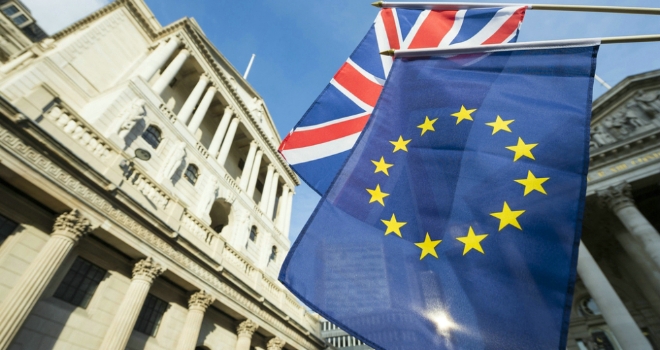 "If global growth fails to stabilise or if Brexit uncertainties remain entrenched, monetary policy may need to reinforce the expected recovery in UK GDP growth and inflation."

The Bank of England's Monetary Policy Committee voted by a majority of 7-2 to maintain Bank Rate at 0.75%, with Jonathan Haskel and Michael Saunders voting to reduce interest rates to 0.50%.

Alongside Brexit-related volatility, the MPC noted that underlying UK GDP growth has "slowed materially this year" and a small margin of excess supply has opened up.

The slowdown reflects weaker global growth and the domestic impact of Brexit-related uncertainties. CPI inflation remained at 1.7% in September and is expected to decline to around 1.25% by the spring.

However the decreased likelihood of a no-deal Brexit has fallen markedly which the MPC says will "remove some of the uncertainty facing businesses and households", causing GDP growth to pick up during 2020.

Additionally, in the second half of the MPC’s forecast period, a significant margin of excess demand emerges and domestic inflationary pressures are expected to build. Conditioned on current market yields, CPI inflation is projected to rise to slightly above 2% towards the end of the forecast period.

In its minutes, the MPC said that "if global growth fails to stabilise or if Brexit uncertainties remain entrenched, monetary policy may need to reinforce the expected recovery in UK GDP growth and inflation".

Further down the line, the Committee judges that "some modest tightening of policy, at a gradual pace and to a limited extent, may be needed to maintain inflation sustainably" at its 2% target.

Frances Haque, chief economist at Santander, commented: “The decision to hold rates was widely expected, given the delay to the Brexit process and ahead of the general election due on 12th December.

“The economic data published so far for the third quarter of this year suggests the UK economy has returned to growth, although many of the fundamentals such as business investment and productivity remain weak. Given this, the MPC is clearly standing by its cautious approach.

“Unless there is a sudden downturn in the UK economy over the next few weeks, it’s unlikely we’ll see a change in rates this year with the MPC likely to wait until the outcome of the general election is known. However, if Brexit is postponed again, continuing the uncertainty, the MPC may wish to act to bolster the economy.”