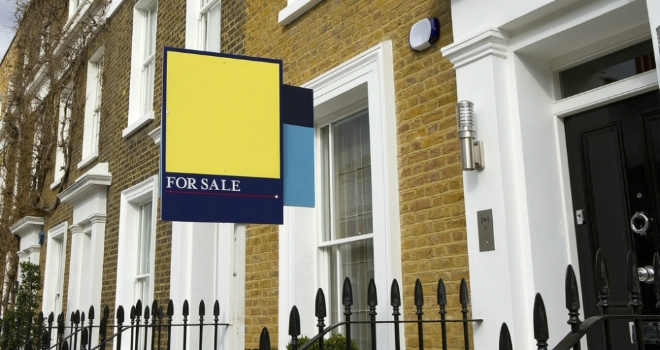 "The increasing cost of living, increasing mortgage rates for buyers and cloudier economic outlook will act as a brake on house price growth through the rest of the year."

Average property prices were broadly unchanged in May, up 0.1%, as the pace of price inflation loses momentum.

The data shows that buyer demand is still higher than five-year average, but it continues to decline week-on-week on a return to ‘more normal’ levels of demand and with this in mind, Zoopla says sellers thinking of making a move should act now.

The property market in the South West remains the most buoyant with the average property taking 19 days between listing and offer accepted - with Bristol, South Gloucestershire, Plymouth, Swindon and Exeter the fast moving markets due to more stock and choice in these areas.

London continues to lag behind as the UK’s slowest moving market with time to sell currently at 35 days compared to 22 days nationally - however, this is still above the May five year average of 50 days.

Despite Wales and London being at opposite ends when it comes to house price growth (11.4% vs 3.9%) - it equates to a similar increase in monetary terms, highlighting the disparity in regional house prices across the UK. Average values in Wales are up by £32,000 over the last 24 months taking prices to an average of £192,500. This contrasts to £30,000 in London over the same period, with average house prices of £516,100.

Of the UK’s largest cities, Nottingham, has the highest price growth at 10.4%, followed by Bournemouth at 10.2%. Nottingham has been among the top performers in terms of price growth for the last year, with the relative affordability in the city increasing its appeal, while the rise in prices in Bournemouth reflects the ongoing appetite for coastal living.

However, the slowdown in the speed of agreeing a sale is expected to continue - with demand for houses in the South West seeing the sharpest slow-down over the last month,- 16% for flats and -14% for houses.

What does this mean for mortgages?

With the cost of living continuing to bite, this is having a knock on effect on the cost of borrowing. Buyers are facing average rates of 3.37% for a five-year fixed-rate mortgage now, compared to 2.64% in December on a £250,000 loan with a 25% deposit - increasing the annual cost of a loan by more than £870.

If five-year mortgage rates continue to rise by more than another basis point, taking them to around 4.62% (levels last seen in April 2010), the annual cost of a mortgage repayment would climb by £2,500 compared to December 2021.

How likely are house prices to fall in 2023?

Prices fall when there are forced sellers and Zoopla doesn’t anticipate an increase in forced sellers, but does expect buyers to become more price sensitive leading to fewer sales and lower price growth.

Higher borrowing costs will start to impact new buyers and while it has been a busy start to the year, the number of sales agreed are down 13% compared to June 2021.

House prices are expected to ease back in the coming months to 3% by year end.

Gráinne Gilmore, Head of Research at Zoopla, commented: “Buyer demand is still strong in the housing market, but signals are emerging that the impetus may be easing, so those who want to make a move should investigate their options sooner rather than later. In addition, mortgage rates are likely to continue to climb, so locking into a rate shortly could save hundreds over the longer-term.

"There are many factors supporting the price growth seen since the start of the pandemic, not least the continued imbalance between demand and supply, but the increasing cost of living, increasing mortgage rates for buyers and cloudier economic outlook will act as a brake on house price growth through the rest of the year.”