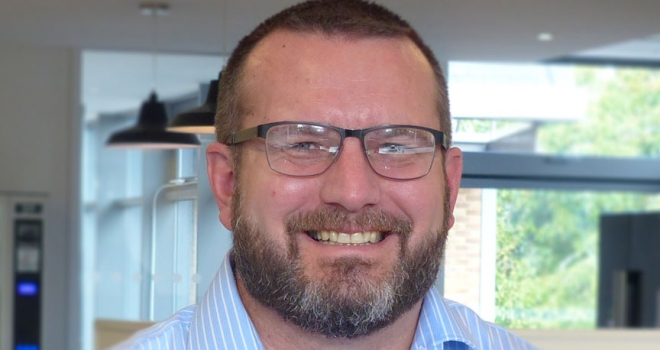 "With Elise stepping up to the MD role at Keystone, I will have more time to dedicate to the brokerage"

The announcement follows the news that sister company, Keystone Property Finance, has promoted Elise Coole to the role of managing director. The move gives David Whittaker, the CEO of parent company The Property Business Group, time to dedicate to managing an orderly transition at the brokerage.

As chief operating officer, Richardson will be responsible for all regulated, commercial and buy-to-let mortgage activity within the business.

In the past, Richardson has worked for HSBC, Lloyds TSB and NatWest and has over 16 years' experience in the financial services industry. Taking a break from financial services in 2012, he spent three years working as a full-time rugby coach for England RFU, Harlequins RFU, and Sussex University.

Steve Olejnik is starting a phased retirement from the business - reducing his current four day a week role to three days and then two - helping to steer the business through to the end of the stamp duty deadline before stepping down at the end of March.

David Whittaker said: “We have solid succession plans in place across the group and the move from COO to MD has worked well before. For instance, we gave Elise a twelve month stint as chief operating officer at Keystone before we promoted her to managing director - and I am confident Gavin will be as successful in the COO role as Elise was. I am convinced he will tackle the job as ferociously as the rugby squads he coached tackled the opposition - and that he’ll kick a third national lockdown into touch. With Elise stepping up to the MD role at Keystone, I will have more time to dedicate to the brokerage - and shall endeavour not to get into too many rucks with lenders as I help manage the transition.

“Steve has been the managing director of Mortgages for Business for the last two and a half years and he goes with all our blessings and thanks for his service. He is leaving the business for personal reasons and I am sad to see him go. But no one is bigger than the company and we have excellent bench strength from which to recruit internally - hence Gavin’s promotion.”

Steve Olejnik added: “I have been with Mortgages for Business for going on two decades and I am pleased to leave the firm in such capable hands. As a shareholder, I’ll keep a close eye on the business - which will always be close to my heart. It has been a tough decision but it’s time for me to take a break and spend more time with the family. While I plan to broadly retire, I may look at some fresh challenges in due course.”