For the first-time since before the financial crisis, the number of first-time buyers is estimated to have gone past the 400,000 mark, according to analysis from Yorkshire Building Society. 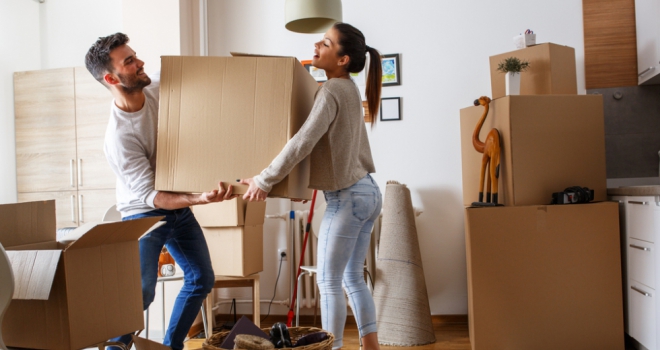 "The performance of the first-timed buyer market in 2021 has been extraordinary, particularly against the backdrop of uncertainties caused by the lockdown"

Despite the uncertainties generated by the third lockdown in early 2021, latest estimates suggest the number of first-time buyer transactions reached 408,379 during the year which is a 35% increase on 2020's figure of 303,000. The data shows that first-time buyers now represent 50% of all house purchases with a mortgage, up from 36% in 2007.

Yorkshire Building Society says falling unemployment, low borrowing costs and an increased number of low deposit mortgage deals are key drivers of current demand, alongside the stamp duty holiday which was in force for most of 2021.

Clearly, new buyers have not been deterred by the price of a typical first-time buyer home which has increased by 9% to £222,997 in the year to October, up from £204,230 a year earlier.

Deposit sizes have increased due to the sudden drop in expenditure during lockdowns. The proportion of households’ disposable income saved nationally rose from 7% in 2019 to 27% in Q2 2020, which was the highest since records began in 1963 by some margin. Current estimates suggest that in aggregate households have built up excess savings of £170bn since March 2020.

According to the English Housing Survey (EHS) first-time buyers are typically in the high-income groups whose finances may have benefitted from Covid-19 restrictions. EHS figures show that over 60% of first-time buyers are in the top 40% of the income distribution, where survey data from the Bank of England shows that the improvement in household finances has been greatest.

Nitesh Patel, strategic economist at Yorkshire Building Society, said: “The performance of the first-timed buyer market in 2021 has been extraordinary, particularly against the backdrop of uncertainties caused by the lockdown in the early months of the year.

“There are some strong drivers of demand that explain the increased volumes. Low borrowing costs is an important factor and the increased availability of more low deposit mortgages has also been an enabler mostly for first-time buyers. Unemployment has also been falling for the last year and the jobs market has been getting stronger since the phased re-opening in April.

“In the near-term housing demand will continue to exceed supply, however with prices at an elevated level in comparison to local earnings, this should dampen activity. Therefore, it’s unlikely that we will continue to see first-time buyer numbers at this level in 2022 and beyond.”