Together expands team in London and the South 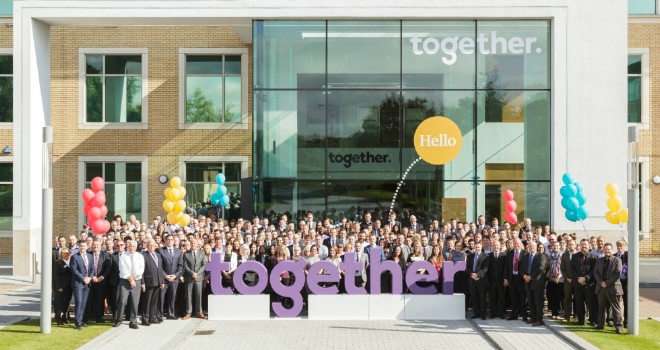 Together has announced two new additions as it widens its distribution network.

Marylen Edwards is its new key account manager in the South, while Russell Harvey joins as a specialist underwriter covering London and the South East.

In her new role, she will be strengthening relationships with the specialist lender’s key partners - through its Together+ initiative - expanding the distribution of its residential, commercial, buy-to-let and bridging finance products.

Marylen, who lives in Kent, said:

“I have a diverse background in personal and commercial finance, including a great deal of experience in the BTL market. This means I can be a one stop shop for brokers as we continue growing our business.”

Russell spent 13 years as a loans manager at Abbey National building society and a decade as a directly authorised (DA) broker and co-owner of Westminster Mortgages, before joining specialist distributer Synergy Mortgages.

The father-of-two became an underwriter at Buckinghamshire Building Society and the Bank of Cyprus before taking up a new role as a key account underwriting specialist in London for Foundation Homeloans.

At Together, he will be working closely with Sundeep Patel, Together’s head of London intermediaries, explaining and promoting the lender’s award winning specialist offering.

Russell, who is from Surrey, said: “I already have a number of great relationships with leading brokers in London and the surrounding areas and I’m really looking forward to developing these, at a time when Together extends its network across the region.”

Nick said: “Marylen and Russell both have a wealth of knowledge and experience of the market. Marylen will be working with brokers in the Together + group, which we launched this year and is designed to build strong partnerships with a select group of specialist distributers.”

Tanya said: “Underwriting is now at the sharp end of sales, rather than the back office function it once was, particularly in the specialist sector. Following Russell’s appointment, brokers in London and the South East will have better access to his expert knowledge and we are expecting a healthy demand from across the region.”