The APPG on Mortgage Prisoners is urging Co-operative Bank to pay redress to customers who have overpaid on their SVR mortgages after the Bank lost its appeal at the High Court. 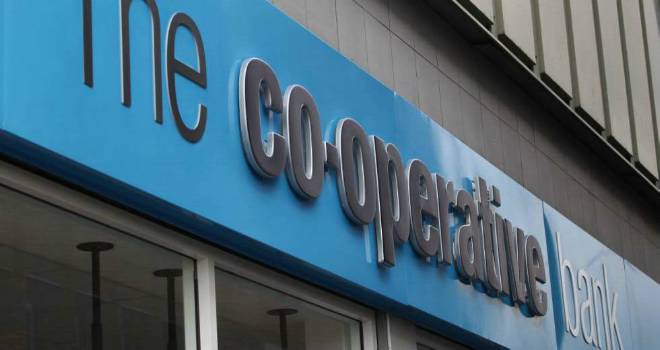 "Now that the Co-operative Bank has lost its Judicial Review, it must start living up to its ethical values and pay redress to the customers who have overpaid due to its misconduct."

The Financial Ombudsman Service found that MAS5, which is part of the Co-operative Banking Group, treated customers unfairly and that the increases to the MAS5 SVR were not in line with the terms and conditions of the mortgage.

The FOS investigator found that MAS5 had treated a customer unfairly when it increased their Standard Variable Rate (SVR) from 2.99% to 5.75% over the period 2009 to 2012.

MAS5 increased the SVR four times over the period 2009 to 2012. It claims that each of these rises was necessary to reflect changes in the cost of funding.

Co-op Bank referred the decision to the High Court, arguing that the Ombudsman "cannot consider a complaint" which is more than six years after the event complained of and that taking into account the whole history of the MAS5's SVR since 31 December 2008 were outside the investigator's jurisdiction.

However this week, the High Court dismissed the case, stating that the jurisdiction the Ombudsman accepts is, "exclusively, to consider complaints about interest charged after 31 October 2012".

The APPG on Mortgage Prisoners is now urging Co-op Bank to "immediately halt all threats of repossession to MAS5 customers paying the SVR", cut the rates paid by MAS5 SVR customers by 2.76% to reflect the impact of the unfair interest rate increases, and pay redress for the overpayment of interest.

It also wants all MAS5 customers to have access Co-operative bank fixed rates by using the flexibility allowed in FCA rules to streamline any affordability assessment.

In addition the APPG has written to the FCA, asking it to open an investigation into the increases in the SVR by MAS5 during the period 2009-2012 and alleged breaches of DISP rules by MAS5 and their treatment of vulnerable customers.

Seema Malhotra MP, co-chair of the APPG on Mortgage Prisoners, said: "Now that the Co-operative Bank has lost its Judicial Review, it must start living up to its ethical values and pay redress to the customers who have overpaid due to its misconduct.

"The Financial Ombudsman's investigator concluded that the SVR increases by Mortgage Agency Services No.5 (MAS5) Ltd were unfair and not in line with the terms and conditions of the mortgage. These unfair increases have had a devastating impact on customers. The FCA and the FOS need to intervene to protect these customers and stop MAS5 from dragging out these cases and causing more misery to vulnerable people. Many of these customers have serious health issues or financial problems."

A spokesperson from Co-operative Bank commented: “MAS5’s claim for judicial review was not about the underlying complaint itself but a challenge to the FOS’s jurisdiction and to the interpretation of the time-barring rules set out in the Financial Conduct Authority Dispute Resolution handbook. The decision impacts the general principle of how time-barring is construed by the FOS and applied to complaints more generally and within the wider industry. It is disappointing that MAS5’s application for judicial review has been dismissed.

“The Bank will now continue to work with the FOS as it reviews the merits of the underlying complaint, and the Bank maintains that historical variations made to the customer’s mortgage account were applied fairly and in accordance with the terms and conditions of the mortgage contract. In a Financial Ombudsman case from 2014 (Ref: DRN3507504), we received a decision in which the FOS concluded that it was satisfied that we had not acted unfairly and that historical increases to the MAS5 SVR had been applied in accordance with the mortgage terms and conditions.”