Just 4% of brokers expect the Labour Party to win the General Election with a majority. 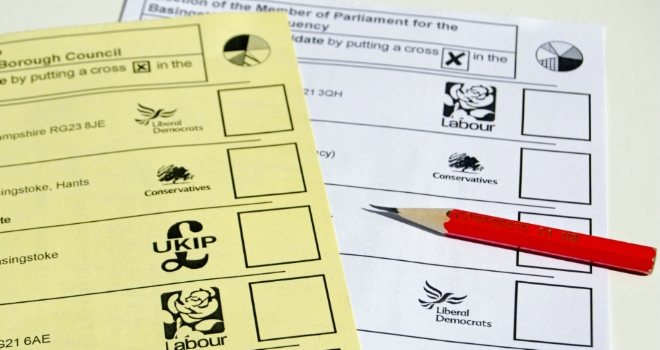 "The current polls suggest a reasonable lead for the Conservative Party, but two weeks is a long time in politics!"

59% of brokers expect the Conservative Party to win a majority in the General Election, according to a new survey from United Trust Bank.

A further 33% of respondents predicted that the Conservative Party will win the most seats but not enough to give them an overall majority and just 4% of brokers expect the Labour Party to win the General Election with a majority.

Regardless of how they voted in the 2016 referendum, 66% of brokers now just want to get on with Brexit with only 25% still hoping to delay or stop the withdrawal from the EU.

Harley Kagan, group managing director of United Trust Bank, commented: “The current polls suggest a reasonable lead for the Conservative Party, but two weeks is a long time in politics! It’s interesting how many brokers are predicting a majority for Boris Johnson’s Conservatives and perhaps that’s driven by a wish to get on with business.

“Living and working with uncertainty has become the new normal for many of us. We cannot simply put life and plans on hold and wait for stability to return. Whatever the circumstances, Brexit or remain, deal or no deal, something else may eventually come along and change the picture. When planning, we are prepared for the unexpected but not deterred by it. Whilst not ignoring what’s going on around us, we have nonetheless continued to invest in our business, both in people, processes and technology.

“UTB is heading towards another successful year of lending growth, but we will predominantly reflect on 2019 as a year of investment. Whatever happens, this year or next, UTB is committed to remaining a significant player in the specialist lending industry for many years to come.”