A letter signed by over 100 economists, scientists and industry leaders has called on incoming Bank of England governor, Andrew Bailey, to accelerate efforts towards a green financial system. 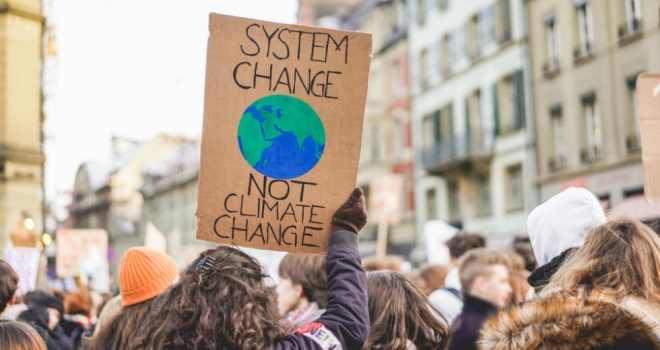 "Ensuring the financial system is fully resilient to climate-related financial risks falls squarely within the mandate of the Bank, and must therefore be a top priority for new governor Andrew Bailey."

The letter warns that current measures taken by the Bank of England “are unlikely to be enough” to help the government meet its climate targets.

Outgoing Bank of England governor Mark Carney has cautioned that the financial system is currently funding an increase in global temperatures of more than 4C. Signatories are therefore urging Bailey, who will take over from Carney on 16 March, to "lead the way” in aligning finance with the 1.5C target aimed for in the Paris Agreement.

The signatories have asked Bailey to introduce mandatory disclosure on climate risks, to penalise high-carbon lending, and to decarbonise monetary policy by excluding fossil fuel assets from future rounds of quantitative easing.

Fran Boait, executive director of Positive Money, said: “The investments made by our financial system today determine whether we will be able to keep global temperature rises below the 1.5C upper safe limit. Finance is currently funding warming of more than 4C, which represents an existential threat not only to finance and the economy, but to life on earth.

“As the institution overseeing and underpinning our financial system, the Bank of England must lead the way and do everything it can to stop environmental breakdown being funded on its watch. With less than a decade to drastically cut emissions and avoid irreversible climate breakdown, Andrew Bailey must ensure that climate remains high on the Bank’s agenda. These steps are a necessary starting point.”

Frank van Lerven, senior economist at the New Economics Foundation, added: “Climate risks pose a clear and systemic danger to the financial system but these risks are not fully reflected in asset valuations. Ensuring the financial system is fully resilient to climate-related financial risks falls squarely within the mandate of the Bank, and must therefore be a top priority for new governor Andrew Bailey.

“Despite many positive steps in the right direction, policy action at the Bank is lagging behind the rhetoric. At present monetary and prudential operations are laced with a carbon bias – reinforcing climate-related financial risks and contravening the spirit of the Paris Climate Agreement. Leading by example and integrating climate risks into the Bank’s own monetary and prudential operation would sensibly be the first place to start.”