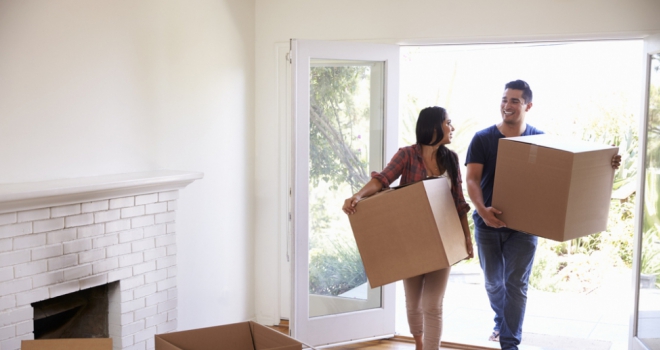 "These figures show an increasing confidence to get on to the house ladder with first-time buyer numbers close to their pre-crash levels. "

The number of people buying their first home increased to the highest level since 2007 in H1, according to analysis of UK Finance data from Yorkshire Building Society.

Despite political and economic uncertainty in the first half of 2019, the number of first-time buyers reached 170,080, an increase of 3% on the same period last year and just 6% below pre-crisis levels.

First-time buyers now represent 52% of all home-buyers with a mortgage, the highest proportion since 1995.

Whilst London has seen the largest price increase of 55% (or £155,027 in cash terms), all regions have seen a rise in property prices. The most affordable region for those looking to get on to the property ladder is the North East, where the average first-time buyer price is currently £136,974, less than a third of the value in London.

Nitesh Patel, strategic economist at Yorkshire Building Society, said: “Whilst the current economic and political landscape is less than certain, these figures show an increasing confidence to get on to the house ladder with first-time buyer numbers close to their pre-crash levels.

“This is partly to do with a strong jobs market, with record numbers in full-time employment and resurgence in real earnings growth. Another factor is a highly competitive mortgage market is helping to keep borrowing costs at very low levels. Schemes such as Help to Buy and Stamp Duty relief have provided support to this market and intergenerational financial assistance has also enabled more people to purchase their first home. The fact this demographic now makes up more than half the total mortgage market share, compared to 2007 when it was just over one in three (36%), is testament to the support that is now available."