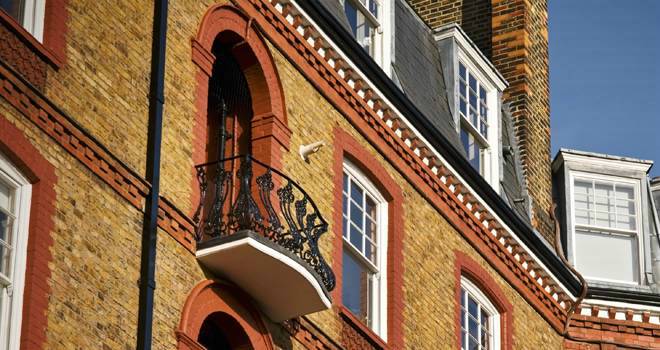 While much of the buy-to-let market is taken up with straightforward single-occupier properties, an increasing number of landlords are looking to more complex investments in order to increase yield and take advantage of current trends. This is particularly true among what might be dubbed the more ‘professional’ group of investors, who tend to have portfolios and focus on this full time.

There are various property types that might appeal, such as mixed-use, which combines the earning power of commercial and residential, as well as houses in multiple occupation (HMOs) or multi-unit freehold blocks (MUFBS). Each of these provides their own benefits and pitfalls, as well as access to dedicated products from specialist lenders.

An HMO is a property in which multiple occupants from two or more households reside, sharing at least one basic amenity – namely a toilet, bathroom or kitchen. In comparison, an MUFB is split into multiple self-contained units with private entrances, albeit often sharing hallways and outdoor spaces.

While an MUFB can also refer to a purpose-built block of flats, or even multiple terraced houses, it is held under a single freehold title rather than individual leaseholds. In addition to the matter of shared spaces, it is different from an HMO in that each unit is subject to its own Assured Shorthold Tenancy (AST).

Landlords are, in general, increasingly looking to chase higher yields. This is being prompted by multiple factors, including the increased taxation and costs around running a BTL property, and the growing number of individuals taking this on as a full-time job, rather than supplementary source of income.

One benefit to MUFBs is the ability to gain greater rental income than would be available through a similar property let to a single household. Mortgages for Business’ Buy To Let Mortgage Index found that in Q1 2019, for example, MUBs gained an average gross yield of 7.1%, compared with 5.7% among more ‘vanilla’ BTL types.

Another benefit is a decrease in the risk of void periods. The loss of a tenant brings with it various costs and fees, and most importantly, can result in a void period during which the property is not bringing in rental income. However, with multiple tenancies running concurrently, the loss of one tenant does not mean a complete void, and while profits may dip, there is still a buffer in place.

There is an additional benefit, in that MUFB owners can decide to split the title so that each unit has its own title, and then sell off each unit individually. This process alone can deliver a reasonable profit.

However, with the potential for higher yields and decreased void risks, there are some caveats. Primarily that this is a complex investment, not to be entered into lightly by investors.

First of all, more often than not someone looking to increase profits by adding an MUFB to their portfolio is going to do so by converting a single-occupancy property. This comes with all the challenges of a refurb or conversion and investors will often need to secure short-term finance to fund the delivery of this work.

While MUFBs do not need a license, unlike HMOs, converting a large single-occupancy house into an MUFB, for example, might come with the need to obtain planning permission, which varies from one local council to the next.

Then, there is the added complexity of managing multiple ASTs and maintaining multiple properties with individual amenities, including multiple kitchens for example, which is more involved and less likely to work for a landlord who is not full-time.

The buy-to-let mortgage market has broadened and diversified vastly over recent years, and there are now more options available for these more complex property types.

MUFBs can be anywhere from between two to 100 separate units, with the normal average being four. They can also be placed above commercial properties. Many lenders will specify a certain number of units, such as four, six, 10 or 20 depending on their lending appetite.

There are also lenders that are able to provide the bridging finance to fund the conversion to an MUFB as well as the longer-term finance once the conversion has been completed. Often these deals can be complex and so it’s important to work with a lender that has expertise with MUFBs and can take a flexible, or even bespoke, approach to structuring a solution for your client.

The right lender will be able to offer competitive rates for first-time landlords, individuals, special purpose vehicles and limited companies, and some will also be open to expats and foreign nationals.

At Castle Trust Bank, we recently helped a newly incorporated UK-based limited company, comprised of two directors, who planned on purchasing a MUFB in the form of a block of flats based in the West Midlands.

The MUFB contained 14 units, all at least 35 square metres, with an overall value of £1.7m. The clients aimed to raise 75% LTV in order to purchase the block on one loan. However, no leaseholds had yet been created, which meant the equivalent of 14 units’ worth of exposure within one single block.

Using our TermTen loan, Castle Trust enabled the clients to purchase the block without having to divide the securities between different lenders, which would have come with additional fees and administrative burdens.

We took the freehold of the 14 units with a cross collateral charge, and this meant we were comfortable offering the loan even though the leaseholds had not yet being created. As a result, we were able to offer the client their target 75% on a five-year fixed term.

Rob Oliver is Castle Trust Bank’s sales director. Rob has more than 20 years’ experience in intermediary lending, having previously held roles with Northern Rock, Virgin Money, Capital Home Loans and most recently with Together, where he was head of intermediary relationships.