At Mortgage Broker Tools, our regular Affordability Index and Affordability Insights blog content have shown a trend for lenders being more generous in their affordability calculations in recent months, both as confidence gradually returns to the economy and as a way of standing out in a competitive market. 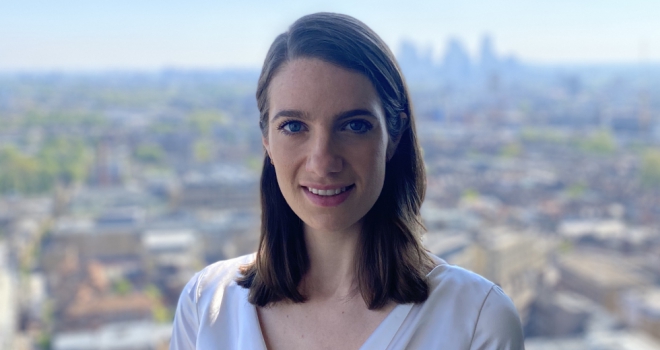 "There are now 15 lenders that take a specialist approach to assessing affordability for those people who earn through the Construction Industry Scheme and this could mean an £85k bigger loan for your client."

However, we have also noticed particular trends in the way that borrowers earn and demonstrate their income and how lenders are responding, as well as ways that lenders are working to make homeownership more accessible in a responsible way.

For example, there are now 15 lenders that take a specialist approach to assessing affordability for those people who earn through the Construction Industry Scheme and this could mean an £85k bigger loan for your client. Similarly, there are 21 lenders whose approach to lending to contractors earning through an umbrella company could result in a loan that is £75k larger for some borrowers, and there are now 24 lenders offering Joint Borrower Sole Proprietor mortgages.

The Construction Industry Scheme (CIS) was launched in 1999, but the government made a number of changes to the scheme in April to make it more robust. CIS is a tax deduction scheme that is mainly used for electricians, plumbers and carpenters working in the construction industry for a main contractor, and involves tax being deducted at source.

It’s a way for HMRC to collect tax on a monthly basis from self-employed tradespeople and is calculated at 20% of the gross weekly wage. A tradesperson will then make their Tax Return in the normal way each year and usually receive a refund of tax paid, because of allowable expenses throughout the year.

For example, this means that, for an electrician earning £225 per day, whose annual net profit figure would be around £33k to £35k, these lenders will take an annual income figure or around £51,750, after allowing for four to six weeks unpaid holiday.

From an affordability perspective, this can mean a difference in the maximum loan available of as much as £ 85,000. Halifax used to be the only lender to take this approach, but nine other lenders will now take the gross figure and it is becoming a more competitive part of the market.

Another affordability trend we have seen has been with umbrella companies. Since the wider rollout of IR35, many contractors, IT and otherwise, have been forced to either become employees or to work for an ''umbrella' company. In this situation, they are employed by the company, which deducts employee tax and NI, having already deducted Employers NI and its ‘margin', which is the fee for providing the service.

So, for example, for a contractor on £500 per day, the gross weekly wage that is taxed is typically around £2,165 after the NI and margin has been deducted.

Lenders treat this income in different ways from an affordability point of view. Some treat it the same as an IT contractor – so they take the gross contract value per week multiplied by 46 or 48 weeks, allowing for holidays and illness. Others treat contractors working under an umbrella company as self-employed and just take salary plus dividends/net profit as appropriate. Other lender will use the gross weekly wage minus the margin and employer NI and multiply this by 46 or more weeks. And some lenders do not accept this type of borrower at all.

This is an increasingly prevalent income type and it throw up many potential affordability outcomes depending on the choice of lender and the type of calculation it uses.

In recent years, lenders have moved away from offering guarantor mortgages as a way of helping younger borrowers, as it has proved difficult to enforce. The concept of Joint Borrower Sole Proprietor mortgages has been around for some time but has gained in popularity since the introduction of the 3% extra Stamp Duty Land Tax (SDLT) that is applicable on additional properties and so could be charges if a mortgage and Deed are in the joint names of, say, a son and his father.

To prevent the payment of extra SDLT, the mortgage is based on the joint names, but the property deed is only in the younger applicant’s name. The affordability calculation is based on both incomes, which can help to achieve a larger loan amount.

Affordability for the second applicant, who is normally a family member, is based on their income income but also considers any existing mortgage and debts. With most lenders, the maximum mortgage term is based on the oldest applicant, which usually restricts the term to such an extent as to make the new loan unaffordable to the main applicant. However, there are many cases where this does all fit well for the applicant and can be a very useful alternative to just borrowing from the Bank of Mum & Dad.

CIS contractors, umbrella companies and Joint Borrower Sole Proprietor are three areas where lenders are battling to establish a niche and attract more business and they offer a greater choice of affordability options for brokers and their clients. They are also three additions we have recently made to the MBT Affordability research platform to ensure our calculations are even more accurate and relevant to the types of cases brokers are seeing and the affordability solutions available to them.