The real impact of CCJs on homeownership 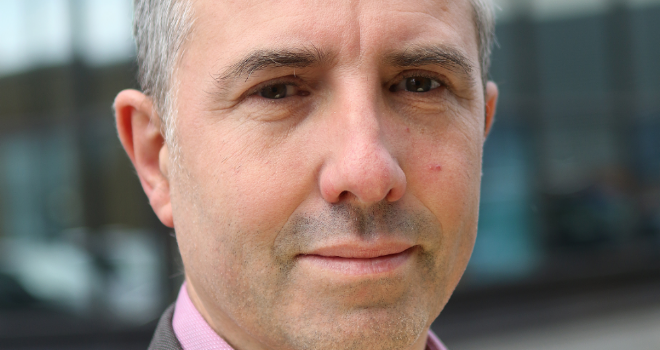 "The fact that the number of CCJs is expected to rise further is a cause for concern, a factor which underlines the importance and value attached to the financial advice process"

I possess an uncanny ability to store the most random information and be able to recall said information at the most arbitrary times. And for some reason I’m currently stuck with the old BT tagline of ‘It’s good to talk’ in my head.

It could well be the case that this is a result of watching a weekend of FA Cup football where matches were delayed by a minute as part of the 'Take a Minute' mental health campaign. The initiative aims to harness the influence and popularity of football to encourage supporters to take a minute before matches to consider their well-being and feel comfortable talking about, and taking action to improve, their mental health.

Mental health is a hugely important issue for a variety of people and it’s great to see initiatives such as these incorporated into sporting events. Encouraging people to have ‘difficult’ conversations will remain an important issue throughout the next decade and included within this should be more open discussions around finances, debt and credit issues.

One of the most common credit blips is a County Court Judgment (CCJ). So, let’s talk about CCJ’s and their impact on homeownership both perceived and actual.

The number of people with CCJs has dramatically increased over the past few years. With more consumers paying for an increased amount of goods and services on a monthly or regular basis, this is opening the door to rising numbers who are inadvertently missing payments, and even getting into disputes over small amounts of money. A decent proportion of which are ending up as CCJs.

Breaking this down, a total of 289,971 County Court judgments were registered against consumers in England and Wales in Q3 2019, with Registry Trust predicting that these levels are expected to be sustained. Claimants are taking out larger judgments in increasingly greater numbers with the total value of consumer CCJs increasing to £419.5million, a rise of 14% from last year’s figures; at the same time the average value increased by 8% to £1,447 compared to £1,336 in Q3 2018.

The fact that the number of CCJs is expected to rise further is a cause for concern, a factor which underlines the importance and value attached to the financial advice process, especially when it comes to their mortgage requirements. It’s also prudent to point out that a blemish on a potential borrower’s credit report doesn’t necessarily mean that their homeownership aspirations have to be put on hold, but many people still think that this is the case.

It can be also be difficult for intermediaries to easily quantify the number of mortgages available to borrowers. CCJs and other credit blips come in all shapes and sizes, making it difficult to chart and compare the deals on offer as they often don’t fit within the dimensions of a tick box criteria formula. Then there is the issue of intermediaries not knowing which lenders will service what level of credit history as they often deal with such borrowers on a case-by-case basis. This combination means that it’s more important than ever for intermediaries to fully understand what type of credit blips their clients have, how far away they are from the computer says no criteria of many high-street banks and how specialist lenders, such as Foundation Home Loans, can help.

We’re seeing more and more intermediaries come to us with clients who are in good, professional jobs who have the odd minor credit blip but continue to be shunned by the mainstream mortgage market. So now is the time for consumers, intermediaries and lenders to really start talking about CCJs and how we can better support consumers with credit blips tin getting onto the housing ladder in an objective and responsible manner.