The past sixteen months have put a massive strain on the UK’s finances with the deficit now expected to be at £394bn - £339bn higher than had been anticipated before restrictions were first imposed in March last year. Tax revenues are also forecast to be lower than originally anticipated with the likes of Capital Gains Tax (CGT) expected to provide 29% less, business rates 39% less, and stamp duty 34% less revenue in 2021 than initially estimated at the start of the pandemic. 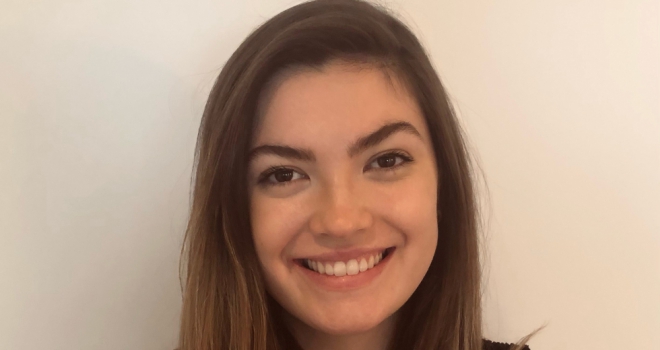 "The OTS recommended that the government consider reducing the number of CGT rates to two rather than four. It will likely be the two basic rates that are removed if the recommendations are introduced."

The Chancellor, Rishi Sunak, is keen to ensure that the government recoups some of the spent money during the pandemic. One option available to him is to review the CGT system, as such the Chancellor actively encouraged the Office of Tax Simplification (OTS) to investigate this. Since then, the OTS has published two reports. The first, published in November 2020, focussed primarily on the policy design and underlying principles of the tax system and looked at how the operation of some tax reliefs can cause a distortion in behaviour. The second report, published in May this year, considered the practical, technical, and administrative issues of CGT.

It is clear from the November report that the OTS listened to the Chancellor’s suggestion to compare CGT with income tax. The OTS recommended that the rates of CGT should closely align with those of income tax. The office also argued that this would remove some of the incentive for people to seek to characterise certain receipts as capital gains rather than income, or to favour activities and investments that generate capital gains rather than income. To achieve this, the OTS recommended that the government consider reducing the number of CGT rates to two rather than four. It will likely be the two basic rates that are removed if the recommendations are introduced.

Share-based remuneration was also discussed, as the report recognised the desirability of certain employee share schemes. It specifically drew attention to growth shares, where any profit on the sale of the shares is subject to CGT rather than income tax, whereas profits from other conceptually similar arrangements such as share options are taxed as income.

In addition, the OTS recommended that business asset disposal relief ('BADR') and investors’ relief be abolished. In the case of BADR, the report suggested replacing it with a relief more focussed on retirement. It suggested increasing the minimum investment to 25 percent; increasing the holding period to 10 years; and re-introducing an age limit (perhaps linked to age limits in pension freedoms).

As for investors’ relief, the OTS suggested that there is little evidence of people using this relief, hence the recommendation for its abolishment. It is worth noting that this relief was introduced only in 2016 and the first year in which qualifying disposals might have taken place is the 2019/2020 tax year, therefore, there has not been much opportunity for use of the relief.
The May report focused more on practical and administrative issues, but also looked at topics such as raising awareness about when and how taxpayers pay CGT and increasing the 30-day window for filing a non-resident CGT return to 60 days.

From a business perspective, there was a key suggestion that CGT should be charged on a ‘receipts’ basis which would apply to situations where the proceeds of a sale are deferred and would mean that tax is paid when the proceeds of a sale are actually received. The OTS argued that the current system, which requires tax to be paid on an estimate, is not intuitive and may result in tax being paid on future proceeds that may never be realised. Due to this, the OTS expressed concerns that such a system may result in distortion and push taxpayers away from arrangements that make the most commercial sense in order to take advantage of tax on deferred proceeds.

This suggestion seems somewhat at odds with the main points of November’s report, which focused on ways to receive more tax revenue from the CGT system. Whereas the May report proposed a method of tax calculation that would in fact bring in less revenue in the short-term.

The second report also suggested calculating gains or losses on foreign assets in the relevant foreign currency and then converting into sterling at the exchange rate on the date of disposal. A simplification of the process for applying for the Enterprise Investment Scheme was also proposed.

CGT has received a lot of attention from both the government and the OTS over the last year. Many predicted that there would be a rise in CGT, but this did not happen.

Speculation is rife as to what the outcomes may be from the two reports and the Chancellor’s statement from last July. Whilst many believe that this year will see an increase in CGT rates, these changes may not be so one-dimensional. There are strong suggestions, particularly in the first report, that the rates of CGT might be increased, however, the OTS commentary is multi-faceted and discusses a myriad of other ways in which CGT could be changed. For example, the critique of the deferred proceeds system points to the fact that the OTS is not solely dedicated to finding ways to gather quickly as much revenue as possible from capital gains. Perhaps the OTS reports should not simply be viewed as a call for increasing tax proceeds of capital gains, but actually as a request to make the system of CGT a bit, well, simpler.