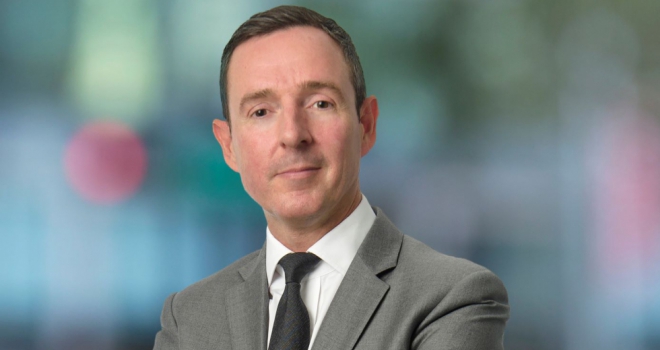 "Its operational challenges have left both consumers and financial institutions waiting months, and in some cases, years for their enquiry to be dealt with."

Following the sudden announcement that Caroline Wayman, the Chief Executive and Chief Ombudsman of the Financial Ombudsman Service (FOS), will be stepping down from her role, questions are being asked about the service’s role, including its growing backlog of unresolved complaints.

For the most part, the FOS has performed its role of resolving individual, fact-specific complaints between financial institutions and consumers valiantly and importantly in a less costly, bureaucratic and time-consuming way than if they were handled via the court system.

That said, the complexity and volume of complaints it deals with have increased significantly over recent years and the service has not evolved to reflect this.

Its operational challenges have left both consumers and financial institutions waiting months, and in some cases, years for their enquiry to be dealt with. In fact, according to the latest evidence it gave to parliament in November 2020, around 56,000 cases had been open for more than six months and over 23,000 open for over two years, placing its position as an expedient dispute resolution service on rocky ground. Further, its structural challenges often leave financial institutions with a relatively amount of uncertainty when running their business.

So, what needs to change to ensure that the FOS is not only fit for purpose, but fit for the future under a changing regulatory landscape?

The changing nature of the FOS

There are three key reasons why there is a case for change:

1. The Financial Conduct Authority (FCA) Handbook requires financial institutions to apply lessons learned as a result of FOS outcomes in future handling. This means that FOS determinations sometimes set a precedent for future, similar cases and puts the FOS in a quasi-regulatory position, for example, where its decisions fill in the regulatory gaps that often come with principle-based regulation.

2. This also means that the FOS is undertaking this position as a quasi-regulator without the official mechanisms, expertise or resource in place that would apply to the FCA, for example.

3. The lack of an effective process consumers and firms can use to challenge a FOS decision, means that very few cases are brought forward for judicial review. And when they are, the substance of the decision is only ever applicable to the specific case in question, even though it could still apply to the market at large.

The upshot of all this is that the FOS has been performing a role that Parliament never intended for it and one that it is not set up to fulfil. Worst case scenario is that firms are faced with a decision that goes against legal and regulatory principles, merely because in the specific circumstance of their case it is what was deemed fair and reasonable.

The time for reform

With the departure of Caroline Wayman next month and the UK wanting to retain its position at the centre of the European financial services industry post-Brexit, there has never been a better time to restructure the FOS. Given the structural flaws outlined above, the changes needed are obvious and perhaps easy to remedy.

Firstly, the FOS should take a more collaborative and consultative approach on cases with wide-ranging policy implications, which largely arise as a result of the requirement for financial institutions to apply the lessons learned from a FOS outcome. A good example of this would be certain complaints that relate to affordability in respect of loan products where there is an element of discretion in interpreting the FCA rules. This element of discretion inevitably leaves the FOS effectively making a policy determination when reaching a decision in a particular case. In this case, it should not be the FOS themselves but rather the FCA making any policy changes, highlighting the need for better engagement with external stakeholders.

It would be wise for the FOS to establish a twin-track decision-making process for cases with wider repercussions to ensure an appropriate degree of legal analysis and consideration is applied. Given the FOS was initially designed to resolve individual, fact-based matters, and the fact that these have expanded in recent years, the need for an expert board (either within the FOS or external) is now paramount to manage and review these larger cases.

Finally, a reform of the appeals process would be beneficial to allow for sufficient scrutiny of FOS decisions that may have far-reaching consequences.

Whilst the cases that require a more consultative approach or separate decision-making process may only represent a small proportion of the FOS’ total caseload, they could have an enormous impact on firms and the market at large if not dealt with appropriately. That is why it is time we take a holistic view of the FOS and how it could be improved to better carry out the function it was designed to do. Not only might these reforms help the service get a handle on the rising number of complaints, but they will also instil more confidence in the service from consumers and firms alike.