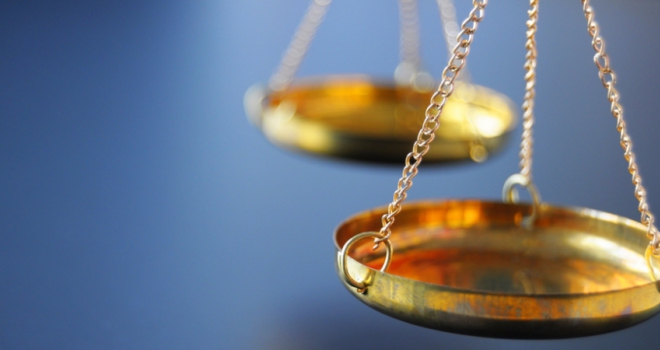 "The Grenfell disaster clearly highlighted that race continues to disadvantage those from black and minority ethnic backgrounds."

The recent murder of George Floyd in the US has dominated news channels across the globe and sparked widespread protests against institutionalised racism.

It has caused many white and non-Black people of colour to think about the ways in which they may unintentionally contribute to institutionalised racism or benefit from certain privileges in the society in which they live in. Many protestors in the US and the UK are also trying to counter claims that we now live in a post-racial society.

I was initially hesitant to write a feature on how Black, Asian, and minority ethnic (BAME) people are still disproportionately disadvantaged in the UK housing market - it is a sensitive topic and one which I wasn’t sure I could do justice as a white woman. However this month also marks the third anniversary of the Grenfell Tower fire, in which most of the 72 victims were working class and of BAME background. With this in mind, I wanted to use our platform to shed light on something that is still very much a problem - by focusing on the story told by the statistics.

The UK has a long history of discrimination within its housing market, dating back to the 1960s, and the Grenfell disaster clearly highlighted that race continues to disadvantage those from black and minority ethnic backgrounds.

Khan went as far as to say we should "ask if this was a product of deliberate social cleansing or segregation".

Writing in a Huffington Post article, Skylar Baker-Jordan said: "We are talking about some of the most marginalised and oppressed people in our society dying in a hellish inferno, so the very nature of the discourse around what happened at Grenfell Tower is innately political whether we want it to be or not. The fact is, Grenfell Tower - from the residents' years of documented complaints about safety to the fact is lies in the richest borough in London - is a stark reminder of whose voices get listened to in modern Britain, whose don't, and that this dichotomy can have deadly consequences.

"It's clear who had the power and privilege here, and it wasn't the tenants. What happened at Grenfell Tower is part of a larger issue of structural inequality in general, and housing in particular, in which the poor (who are often, though not always, BME) are pushed out of quality housing in favour of regenerating the city for affluent and largely white renters and buyers."

There is a plethora of research showing that BAME homebuyers and tenants are faced with institutional racism.

A blog from the London School of Economics highlighted that BAME households were more likely to wait longer for a housing offer, to be offered poorer quality homes, and flats rather than houses. Additionally, the author claimed that "some housing officers were seen to be steering BAME applicants away from white neighbourhoods, based on judgments about social class as well as racial grounds".

Even more shocking was the 2013 BBC investigation which found that estate agents were routinely discriminating against Black tenants. Ten firms told a reporter posing as a landlord they would not let to African-Caribbean people at his request.

And, while improvements have been made since the Grenfell Tower fire - including a ban on combustible cladding and the announcement of a new £1 billion Building Safety Fund - a recent Government report found that there are still 2,000 high-risk residential buildings with dangerous cladding, which MPs described as "deeply shocking and completely unacceptable".

Research from Shelter found that between 2012-2017 there was a 22% increase in statutory homelessness. Among white households it rose 9%, whereas homelessness among BAME households rose 48%. In the same research, Shelter said "there is no doubt that racial prejudice within the lettings market is likely to be a factor".

There is also a clear link between living conditions and income, with figures showing that BAME people are twice as likely to be low income than white people.

A House of Commons paper published in 2017 found that 48% of black households were living in social housing.

And for those that can afford to buy their own homes, white British homeowners spend 17% of their weekly income on mortgage payments compared to 23% for Black households, Government figures show.

Overall, just 20% of Black people own their own homes compared to 68% of white people.

The Government statistics show that in every socio-economic group and age group, white British households were more likely to own their own homes than all ethnic minority households combined.

So how can we overcome racial inequality within the housing market? The large number of factors at play - including income, social inequality, institutional racism, and government legislation - will require a joined-up approach from a number of sectors.

Research from the Race Equality Foundation found that the introduction of Universal Credit and the reduction and capping of Local Housing Allowance will impact disproportionately on BAME communities.

Government initiatives focused on improving the benefits system and increasing access to housing for people from BAME backgrounds could go some way to levelling the playing field.

But increased representation in the property, mortgage and lettings markets would also have an impact, especially in combating institutional racism within the housing market.

CIH statistics from 2015 showed that just 11% of CIH members and 7% of housing's leaders were from BAME backgrounds.

A report published in 2016 concluded that "four decades of struggle by black and minority ethnic communities, bolstered by legislation, statutory and regulatory codes from the 1960s onwards, have failed to confront adequately and systematically racial disadvantage and discrimination in housing".

These figures are plainly unacceptable and it is clear there is much work to be done to tackle the structural, social and financial inequalities that hold the UK back from equality in the housing market. This week, New Financial & HM Treasury released the third annual Women in Finance Charter review, revealing the positive news that many firms are using the framework set out by the Charter to help tackle other forms of inequality within their ranks, including that of race. I hope that with greater diversity within our industry and the recent increase in awareness of structural racism as highlighted by recent events, our industry can play a part in improving the racial divide in the UK housing market.