Nolan nostalgia: how to fix the City’s regulatory woes 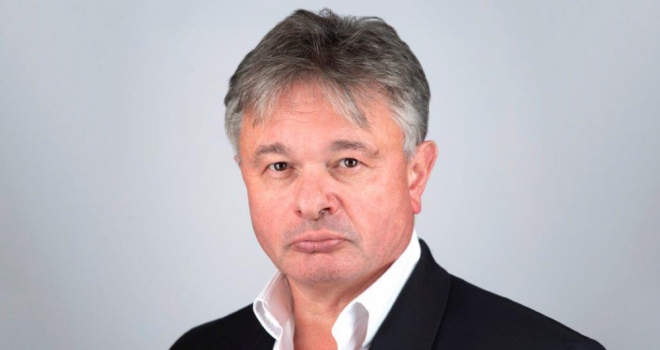 "Ours is a broken regulatory system: one where an endless procession of senior figures from Whitehall into plum City jobs, and vice versa, makes restraining flagrant abuse almost impossible."

It is Groundhog Day. Except rather than Bill Murray driving through the same blizzard, near-identical stories of regulatory and political collusion routinely overflow from newspapers. This evidences the collapse of standards in public life as they were. Indeed, what now is the difference between England and any other kleptocracy? Very little, save for an independent judiciary.

Mere weeks after the PPE procurement process was exposed as being ‘an unedifying gold rush of chums and chancers’, according to one MP, David Cameron was found to have personally prevailed on the Chancellor to approve a Covid-19 loan for the doomed Greensill. Years ago, this might have proved terminal for a Government, and certainly for a Chancellor. Today, it is simply another example of the hand-in-glove relationship between politicians, regulators and financial interests.

Ours is a broken regulatory system: one where an endless procession of senior figures from Whitehall into plum City jobs, and vice versa, makes restraining flagrant abuse almost impossible. Shortly before the Cameron news broke, for instance, Andrew Bailey – the new Governor of the Bank of England – was reported to have withheld evidence of a potential conflict of interest involving the Royal Bank of Scotland before assuming his new role at the Bank. This is not an isolated incident. HM Treasury mandarin David Hartnett developed a number of ‘sweetheart deals’ to allow multinationals to avoid tax before taking a job at Deloitte, whilst in the month prior to Bailey’s conflict becoming public, Christopher Woolard waltzed out of the FCA and into a job at EY – the very firm that is potentially facing investigation over its role in the collapse of Wirecard. This farce might be amusing, if its effects were not so very serious.

It is understandable why the revolving door might exist. We want our regulators to have first-hand experience of the sector they are supposed to be regulating, and an understanding of how strictures are felt on the ground. After all, as Lord Salisbury once remarked, ‘a gram of experience is worth a tonne of the theory’.

This last point is instructive. Lord Salisbury was speaking in the wake of the introduction of a Civil Service code that essentially forbade conflicts of interest and sough to uphold probity in public life. These mores remained for decades, finding similar voice on the Nolan Principles that were introduced in 1995 in the wake of the ‘Cash for Questions’ scandal. These seven principles include a number of provisions that would eject conflicts of interest – bag and baggage – from the financial services sector if enshrined in law.

Would the absurdity involving the Secretary of State for Health, Matthew Hancock – which saw his family firm being awarded an NHS framework deal in 2019 – have occurred if the second Nolan principle were legally enforceable? Demonstrably, it would not have. After all, this Principle underscores that those in public life should not act or take decisions in order to gain financial or other material benefits for themselves, their family, or their friends. They must, in other words, declare and resolve any interests and relationships. Hancock would be out on his ear, whilst Bailey would likely not have been granted oversight of the UK’s banking system.

Openness, too, is at the core of the Nolan Principles. The second principle, for instance, requires that holders of public office should act and take decisions in an open and transparent manner. How do WhatsApp messages from friendly publicans fit in? At the same time, information should not be withheld from the public unless there are clear and lawful reasons for so doing. Put another way, could MPs have successfully voted to block the Greensill Inquiry if these Principles were legally enforceable?

Probity in public life matters, particularly in the shadow of the global financial crash in which an entire generation arguably grew up. Indeed, if YouGov is to be believed 66 per cent of adults in Britain do not trust banks to work in the best interests of society. In my view the other 34 per cent have concussion. And though trust in a broken system of course will not be fixed overnight, enshrining the Nolan Principles in law would be a start – but I am not holding my breath.