The necessity for board members to address minimal diversity

The FCA’s current proposals to change its Listing Rules to improve transparency for investors on diversity of listed company boards and their executive management teams, are the most progressive D&I amendments by a UK regulator for some time. If implemented, they will bring about important changes to diversity strategies adopted by relevant companies. 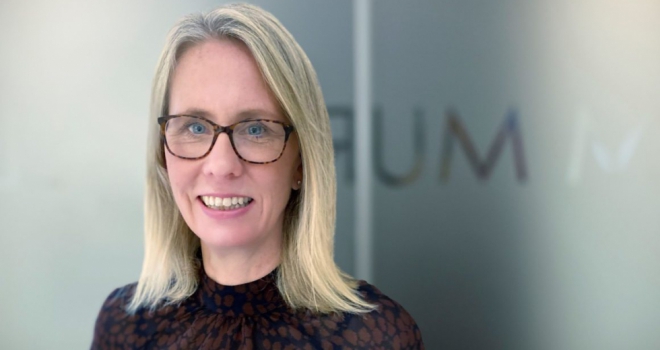 "While the targets and measures are not mandatory, undoubtedly UK companies will be concerned about pressure from industry."

The proposals build on progress achieved under existing UK initiatives such as the Hampton Alexander Review (focusing on one third women on boards) and the Parker review (ethnic board diversity). It acknowledges increasing diversity in investors and companies, frequently linked to focussed investment decisions regarding ESG.

The FCA’s review found evidence of a positive correlation between greater gender diversity on boards and improved risk management and corporate governance outcomes. Board monitoring functions, such as attendance, quality of discussions, and monitoring effectiveness including better oversight of a firm’s disclosures and reports, were positively influenced by improved gender diversity on boards.

The FCA has looked internationally for evidence, inspiration and best practice. The European Commission first recommended, after considerable research, a 40% quota for female board representation in 2012. While it didn’t result in legislation, several progressive European countries lead the way. Germany, Sweden, Iceland, Finland, and France, have quotas requiring women on boards, and fines for those which fail. In fact, earlier this year, France went a step further and issued quotas for women on executive leadership as well. Hugely controversial at the time, in 2008 Norway required companies listed there to give at least 40 percent of their director seats to women. While a good portion of Norwegian directors were initially against it, after the law was enacted and they had experienced it, they changed their minds and embraced it. One academic study found that “Norwegian companies came to understand that sometimes such a blunt instrument is necessary, given implicit biases, and diversity improved the overall quality of governance and decision-making.”

Looking further afield, the US has progressed targets beyond gender. In December 2020 in the US, NASDAQ proposed a new listing rule to require all companies on NASDAQ’s US Exchange to publicly “disclose consistent, transparent, diversity statistics on their board of directors”. In addition, it proposed that such companies have, or explain why not, at least two diverse directors: one who self-identifies as female and one who self-identifies as either an underrepresented minority (based on a US-centric definition) or LGBTQ+.

What impact will these regulations have on smaller boards

While the targets and measures are not mandatory, undoubtedly UK companies will be concerned about pressure from industry. Companies in today’s world will be very reluctant to explain that they could not find qualified women or members of underrepresented communities. The voluntary target of one third women on boards set by the Hampton Alexander Review (HAR) has demonstrated over the last ten years that positive diversity changes at board level and in the senior leadership pipeline can be achieved, but it has taken considerable time. There has been a strong increase in women in executive committees and there are 20% more women on boards of FTSE350 companies in the last 4 years along, but it is an ongoing challenge. Almost one third of FTSE100 companies have missed the 33% target, with a few serious laggards.

Key drivers for change for FTSE listed companies in the UK were ‘naming and shaming’ of male only boards, boards adopting a ‘one and done’ approach and those who complained that there were either no qualified women or they had already been snapped up. The position taken by investor groups using voting rights to effect changes has been most positive.

While the NASDAQ changes came into force in August 2021, the proposals were amended to create flexibility for foreign companies and smaller reporting companies, allowing them to satisfy the requirement with two female directors. Subsequent amendments were made to increase flexibility, including allowing a company with five or fewer directors to have only one director meeting one of the above diversity criteria and to allow a year if a board falls below the requirement because an existing diverse member has left.

In the UK, there is recognition under the Gender Reporting obligation, that smaller employers will possibly find greater fluctuation in their gender pay gap data because small changes in personnel could disproportionately impact their stats and therefore small employers are not required to comply with the reporting obligation. While there is currently equivalent no small companies exemption being proposed for the FCA data, it is reasonable to anticipate the example set by NASDAQ could apply in the UK. Also, that smaller boards may take longer to comply. Changes may not be implemented immediately as turnover of directors will depend on length of tenure. In order to retain investor confidence, given current prioritisation to ESG, the accompanying narrative explain non compliance will be key and should explain how the business is implementing strategies to organically improve their statistics.

Will the FCA’s proposal lead the way for other industries and regulators within the UK?

Undoubtedly, the bold approach taken by the FCA will garner support from other sectors and businesses in the UK as investors approach toward diversity and inclusion has grown.

Taking the approach that “what gets measured, gets done”, the FCA’s proposal will bring about changes in board diversity that might otherwise occur at a glacial pace.