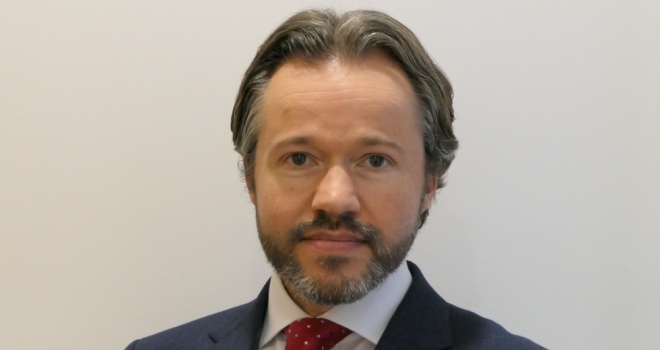 "This will mean an incredible 17 years without an increase bringing a lot more people into the IHT net including many who may not consider themselves to be particularly wealthy."

The Chancellor delivered his much-anticipated Budget earlier this month. In his statement he announced that the inheritance tax (IHT) nil rate bands are to be frozen for another five years. As the UK attempts to deal with the overwhelming loss of life related to the coronavirus, along with a booming housing market, the freeze is set to push the so-called death tax takings to an all-time high.

As you know, IHT is a tax that is generally charged on an individual’s death (although despite its name it can also apply to some lifetime gifts and to some trusts). As thousands more estates may be paying IHT, some experts have speculated that the annual haul may even rise to £6.6bn by 2026, up from £5.1bn last year! This article will examine where IHT stands today and look at what changes may be in the making after the All-Party Parliamentary Group was set up in 2019 to look at how these rules may be reformed.

Since 2009 the nil-rate band of tax per person has been £325,000 (£650,000 per couple who are married or in a civil partnership). The nil-rate band is the amount of a person’s estate which is taxed at 0%. Anything above this is then subject to IHT at 40% subject to any applicable deductions, exemptions and reliefs. The Chancellor announced that it will not increase until April 2026 at the earliest despite inflation and substantial increases in house prices. This will mean an incredible 17 years without an increase bringing a lot more people into the IHT net including many who may not consider themselves to be particularly wealthy.

In addition to the nil-rate band there is the residence nil-rate band which was introduced from 6 April 2017 and is now at £175,000 (£350,000 per couple). While this may soften the blow for those who have homes that have substantially increased in value there are still issues to be concerned about. Despite the Government’s claim that the introduction of this fulfilled their promise of enabling couples to give away £1,000,000 (£650,000 + £350,000) free of IHT this is far from the reality for many. The full £1,000,000 is only available where the deceased was married or in a civil partnership, the value of their estate and their spouses’ estate does not exceed £2,000,000, they own a residence worth in excess of £350,000 and they leave it to a direct descendant. Those who are unmarried, do not own a property or do not have children may therefore lose out.

There are also several exemptions and reliefs which may be available. The ‘spouse exemption’ is the most relevant one for most couples. It ensures that no IHT is payable on transfers between husbands and wives or civil partners during their lifetime or on death. However, it is important to note that this exemption does not apply for example to those in long-term relationships or co-habiting who are not married or in a civil partnership.

Business property and agricultural property may be outside the scope of IHT completely depending on the nature of the business and the use of the agricultural land. In many cases it is therefore possible to pass on family businesses completely free from IHT. However, the rules are complex!

In order to reduce the IHT bill on death, many find the simplest answer to be to give assets away ahead of time. There are no limits on how much one can give away and provided that the individual survives for seven years after making the gift it becomes fully exempt and free of IHT. Even if the individual does not survive the full seven years, after just three years tapering applies to reduce the amount of IHT payable. However, it is important to note that to benefit from the full relief the assets cannot be benefitted from once they have been gifted. For example, the individual could not give their home to a family member and continue to live in it rent free.

However, we are likely to see some changes to the IHT regime at some point soon. The Government set up an All-Party Parliamentary Group in 2019 to look at how it may be reformed. Last year the All-Party Group made recommendations which include replacing the current regime with a gift tax payable both on lifetime gifts and on death. This would be at a rate of 10% increasing to a rate of 20% for estates over £2m. Making changes along these lines would be a major overhaul of the way IHT currently works in the UK. If the recommendations were all put into action, we would see the abolition of all the various reliefs with the exception of the spouse and the charity exemptions. It would mean losing business property relief, agricultural property relief and the tax-free rebasing of assets on death for capital gains tax purposes.