Rishi Sunak has replaced Javid as Chancellor and will deliver next month's Budget. 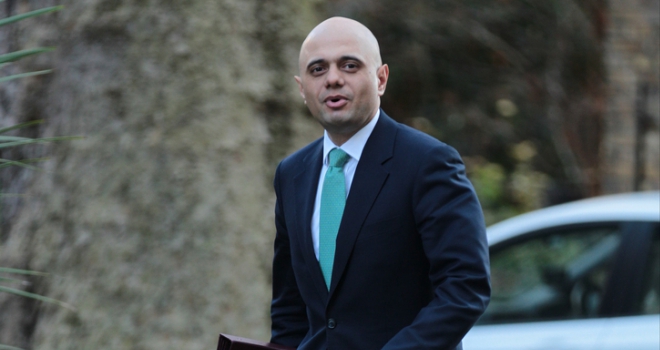 "Rishi Sunak in his new role will need to work extraordinarily quickly to get a grip on the upcoming Budget and present it to Parliament next month."

Sajid Javid has resigned as Chancellor and Esther McVey has been sacked as Housing Minister as part of Boris Johnson's latest cabinet reshuffle.

Javid, who was appointed Chancellor in July 2019 in Boris Johnson's new cabinet, reportedly refused to fire his parliamentary aides at Johnson's request and instead chose to step down.

Rishi Sunak has replaced Javid as Chancellor and will deliver next month's Budget. Sunak was elected as MP for Richmond (Yorks) in the 2015 general election and was appointed Chief Secretary to the Treasury in Johnson's new government.

The pound rose sharply on the news of Javid's resignation amid rumours of more fiscal stimulus and fewer tax cuts.

McVey previously resigned as Work and Pensions Secretary over the government's draft Brexit deal, stating that it "does not honour the result of the referendum" and "threatens the integrity of the United Kingdom".

On Twitter, McVey said: "I’m very sorry to be relieved of my duties as Housing Minister. I wish my successor the very best & every success."

Founder and CEO of Stone Real Estate, Michael Stone, commented: “The position of housing minister is fast becoming the government’s poisoned chalice, with those taking on the role doomed to fail from the very get-go.

"Until we elevate the role to the position of power that it requires, we will continue to see each candidate fall on their own sword having failed to address the deep-rooted issues embedded within the UK housing crisis in the short time they are allowed to do so.

"Only time will tell if yet another housing minister holds the key but one area of focus must be the continued delivery of new housing for all levels of homebuyer. Failing to maintain the positive momentum we’ve seen of late will see demand continue to exceed supply and push house prices higher and homeownership out of reach for many.”

Rachael Griffin, tax and financial planning expert at Quilter, added: "One of the key pillars of The Conservative’s election success was the perception that they could be trusted with the economy, and the country was hoping for a period of stability within Westminster. This was supposed to be a low-key reshuffle but instead we have yet another key ministerial change. It is really not a good look for the Chancellor to quit less than a month before their first Budget, and it leaves a host of issues hanging in the balance.

"Rishi Sunak in his new role will need to work extraordinarily quickly to get a grip on the upcoming Budget and present it to Parliament next month. It is yet to be seen whether Sunak will serve as No. 10’s puppet, given the speculation that the Prime Minister’s office is seeking to take closer control of the Treasury.

"He will inherit several political hot potatoes. For instance, the government has already promised to fix its disastrous pension annual allowance taper, which has led to staffing shortages in key public services, including the NHS. The government is also under pressure to address the issue of social care funding which has been kicked down the road multiple times and was a major Tory manifesto pledge.