Financial services must be part of free trade agreement: Hammond 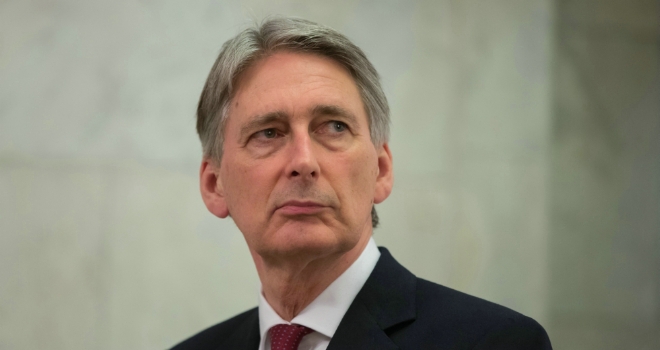 "Our markets are already deeply interconnected. If it could be done with Canada or the USA it could certainly be done with the UK. "

He argued that “every trade deal the EU has ever done has been unique”, citing the bespoke relationships with Turkey, Canada, Singapore, Korea, as well as the EU's proposals with the US during TTIP negotiations.

Hammond continued: "Our markets are already deeply interconnected. If it could be done with Canada or the USA it could certainly be done with the UK.

"Given the shape of the British economy, and our trade balance with the EU27, it is hard to see how any deal that did not include services could look like a fair and balanced settlement.

"So I am clear not only that it IS possible to include Financial Services within a Trade Deal but that it is very much in our mutual interest to do so."

Hammond also said that the government expects the Brexit transition period to be formalised at the March European Council meeting.

He concluded: "This Implementation Period is essential if we – and by “we”, I mean all of us, businesses and citizens, in all 28 countries – are to benefit from a smooth pathway to a future partnership between the UK and the EU.

"Nowhere will this be more important than in financial fervices, where we must work together to avoid the potential risks to financial stability that could arise if we faced a cliff-edge in March 2019."

Chief Executive of UK Finance, Stephen Jones, commented: “Both the EU and UK now agree on the need for an ambitious trade deal that includes services. The focus must now be on achieving the best possible outcome for jobs and prosperity on both sides of the Channel.

“The Chancellor has today set out a credible approach that would preserve many of the benefits of free trade in financial services while giving both sides autonomy.

“A framework based on close supervisory cooperation and mutual recognition would be a win-win, benefitting the businesses and customers across the continent who rely on UK financial services.

“Firms now want to see swift agreement on the transition period, to provide much-needed certainty and allow us to focus on reaching a mutually beneficial trade deal.”

Chris Cummings, Chief Executive of the Investment Association, added: “The IA supports the Government’s ambition for a comprehensive free trade agreement to include financial services. This is essential to ensure that the millions of savers and investors our members serve across Europe continue to benefit from the UK’s investment expertise.

“The IA agrees with the Chancellor that any free trade agreement between the UK and the EU should be based on the concept of mutual recognition, rather than the current equivalence assessment.  Maintaining market access in this way would be the most beneficial outcome for UK and EU savers alike.

"In particular, we support the Chancellor's statement that the future relationship between the UK and the EU, including during an implementation period, will be underpinned by close regulatory cooperation and collaboration. We urge policymakers to finalise these agreements urgently as they are the foundation stone that firms need to have in place."