After three consecutive monthly falls, the average price of property coming to market "surprisingly increases" by 0.5% this month as upwards price pressure resumes, according to the latest Rightmove house price index. 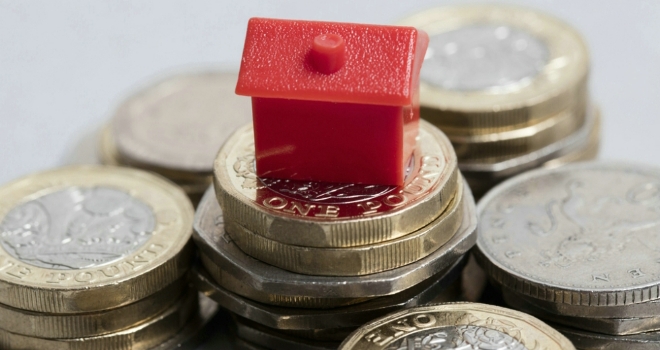 "While many current homebuyers are likely to be disappointed come April, the market will continue to lift as buyers largely stick with their purchases."

Its figures show that the number of new buyers is continuing to grow, despite it now being too late for most to beat the stamp duty deadline.

Rightmove data reveals that one in five buyers who agreed a purchase in July last year have still not completed more than six months later, with an estimated 100,000 buyers in total still likely to miss out on their expected tax saving.

The first week in February saw visits Rightmove up 45% compared to February 2020, with home-hunters sending 18% more enquiries, and the number of purchases agreed up by 7%.

As a result, high demand is now outstripping supply and pushing up prices. New seller numbers are down 21% year-on-year as the owners of family homes delay coming to market, perhaps due to home-schooling distractions.

Managing director of Barrows and Forrester, James Forrester, commented: “A few thousand saved in stamp duty isn’t the make or break cost of buying a home and so while many current homebuyers are likely to be disappointed come April, the market will continue to lift as buyers largely stick with their purchases.

"Looking at life after the stamp duty holiday, we can expect further government stimulus to help aid a quick economic recovery and it’s very likely we could see a negative interest rate push mortgage rates to sub 1%. As a result, the market revival that was initially spurred thanks to a stamp duty holiday should live on long after it has expired.”

Matthew Cooper, founder and managing director of Yes Homebuyers, added: “Although market activity remains buoyant, there are certainly dark clouds beginning to build on the horizon. We’ve never been in a situation like the one we’re currently seeing, where so many homebuyers are delayed for months on end. There will be a serious number of sales that fail to complete before the end of March, at which point we could see mass fall throughs as buyers look to change the goalposts at the last minute in order to account for the additional cost of stamp duty.

"Such a drastic drop in transactions is almost certain to cause house prices to fall and while this may only be a temporary drop, it will no doubt be prolonged due to the tricky economic climate caused due to Covid.”