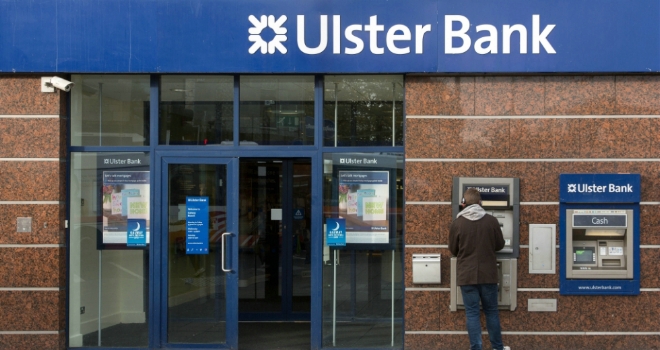 "Following an extensive review and despite the progress that has been made, it has become clear Ulster Bank will not be able to generate sustainable long terms returns for our shareholders."

NatWest has announced that it will begin a phased withdrawal from the Republic of Ireland.

After a review, the Bank says that "Ulster Bank in the Republic of Ireland will not be in a position to achieve an acceptable level of sustainable returns".

The Bank intends to withdraw Ulster Bank from the Republic of Ireland "over the coming years". Ulster Bank's banking business in Northern Ireland will be unaffected.

NatWest said it would try to ensure that job losses are minimised and that there is continued servicing of retail and SME clients.

As part of the withdrawal, NatWest plans to sell a c.€4bn portfolio of performing commercial loans to Allied Irish Banks, with a memorandum of understanding signed.

The Bank is also in early discussions with Permanent TSB and other firms about their potential interest in buying certain retail and SME assets, liabilities and operations.

NatWest Group CEO, Alison Rose, said: "In recent years, our strategy for Ulster Bank in the Republic of Ireland has been to improve returns by growing the business, reducing costs and resolving legacy issues. I want to pay tribute to our colleagues who through their commitment and dedication have helped to transform this business. Our priority over the coming months will remain on supporting our customers, communities and colleagues through these difficult times.

"Following an extensive review and despite the progress that has been made, it has become clear Ulster Bank will not be able to generate sustainable long terms returns for our shareholders. As a result, we are to begin a phased withdrawal from the Republic of Ireland over the coming years which will be undertaken with careful consideration of the impact on customers and our colleagues."

Susannah Streeter, senior investment and markets analyst at Hargreaves Lansdown, commented: "For Alison Rose Ulster Bank has been a thorny issue since she took over as boss of the NatWest group just over a year ago. Instead of trying to nurture the lender out of its difficulties, she’s instead decided to dissect the Irish business from the rest of the group.

"The winding down of Ulster bank represents the most radical change on the Irish banking landscape since the 2008 financial crisis. The bank has been burdened with a big book of distressed mortgage loans. It’s also struggled in an era of ultra-low interest rates with net interest margins squeezed and little end in sight.

"Although Ulster Bank Limited’s banking business in Northern Ireland won’t be affected, the phased withdrawal of NatWest from the Republic of Ireland puts 110 branches at risk of closure. Discussions with Permanent TSB and other potential buyers could lead to the rescue of some of the retail network and assets. Commercial loans with good prospects totalling £4 billion look set to be sold to Allied Irish Banks with a memorandum of understanding already signed.

"Although this radical pruning will be seen as a sad moment in the long history of Ulster bank on the island of Ireland, it is likely to be welcomed by investors as a prudent move towards sustained recovery for NatWest. The group reported a pre-tax loss of £351 million for the year with income across retail and commercial business falling by 10% compared to 2019. However the loss was smaller than forecast with amounts set aside to cover bad debt falling again. Impairment charges came in at £3.2 billion, below the bank’s guidance level of £3.5 billion. Lending activity was also significantly higher, driven by an increase in mortgage and emergency business lending. Progress may be at a snail’s pace but management have judged it enough to bring back a dividend of 3 pence a share, following the lifting of the pay-out ban by the Bank of England.

"NatWest still faces the long term challenge faced by all UK banks about how to make money when super low interest rates increasingly look like they’re here to stay. The bank, which is still 62% owned by UK taxpayers, after a £46 billion bailout in 2008, is still the best capitalised bank in the UK, but growth options are few and far between.

"Alison Rose clearly believes cutting off one of the roots of NatWest’s problems, by winding down Ulster Bank, might give the wider group a greater chance of flourishing in the years ahead."