TSB Banking is set to face legal action worth up to £800m after 200 homeowners, whose mortgages were administered by TSB’s Whistletree brand, issue claims for approximately £50,000 each in overpaid interest. 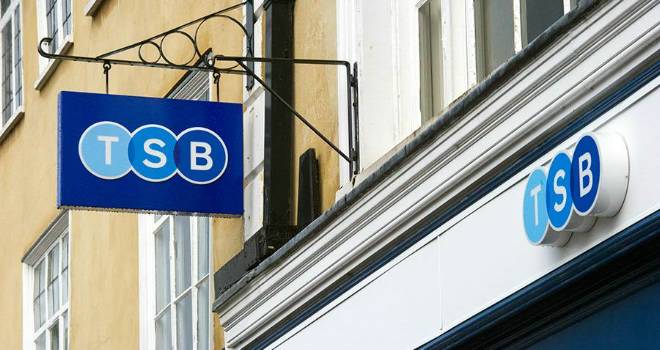 "This has had a real and devastating impact on the lives of homeowners."

Following the financial crisis in 2008, banking companies were placed in jeopardy with several shutting down, including Northern Rock. Northern Rock had all its assets taken into public ownership and thousands of customers became mortgage prisoners.

In 2016 TSB Bank purchased a portfolio of former Northern Rock mortgages (worth £3.3bn) from the government and began to administer mortgages under its Whistletree branch.

However, over 200 homeowners are now claiming that they were charged almost double the rates offered to other TSB Bank customers and, until recently, TSB refused to allow Whistletree customers to access standard TSB fixed-rate deals on the same basis as its other customers.

Harcus Parker, a London-based law firm, has brought this case to the High Court and claims it could see up to 27,000 customers join the lawsuit.

Matthew Patching, Harcus Parker senior associate, has commented on the case, claiming that “[their] clients have been treated terribly by TSB” and that they have been charged interest on their mortgages at rates significantly higher than those charged to other similar customers at the same bank.

Harcus Parker claims that many of the homeowners have unblemished repayment histories but have now been made unable to move to another lender because they don’t qualify under new, stricter affordability requirements imposed by regulators.

According to the law firm, anybody whose mortgage has been administered by Whistletree is eligible to claim. The firm has also claimed that anyone who took out a ‘Together Mortgage’ - which allowed borrowers to access loans of up to 125% of the value of their home - may also be eligible for additional compensation.

Patching claims that the Together Mortgage was a “particularly toxic product” as it appeared to allow borrowers to take out an unsecured loan, alongside a mortgage but failed to inform customers that if they switched to another lender, interest charged on the linked loan of up to £30,000 would jump up to 8%.

According to Patching the Whistletree portfolio of mortgages has comfortably produced more profit for the bank than its ‘ordinary’ mortgages.

Patching also commented that many of their clients had never been in arrears or fallen behind with payments but were told for a significant period of time by a reputable high street bank that they could not access TSB’s mortgage rates but instead had to pay double TSB SVR.

These actions breach the express and implied terms of the mortgage contracts and TSB’s regulatory obligation to treat its customers fairly, according to Patching.

Since the case was filed to the High Court, a spokesperson from TSB Bank has commented that “TSB is aware of potential action proposed by Harcus Parker and will robustly defend its position.”

A spokesperson from TSB Bank continued:

“We are committed to treating our Whistletree customers fairly. TSB took ownership of the Whistletree mortgages in 2016 and subsequently created access to product transfers for customers who did not previously have access to them.

“Since then, over two-thirds of Whistletree customers have either transferred to a new Whistletree product or closed their mortgage with Whistletree. We write to customers twice a year to remind them about the opportunity to switch.”

“Mortgage prisoners finally have a voice against the ongoing injustice we are in and have been in for over a decade. Mortgage prisoners are not treated fairly and haven’t been since the sell-off Northern Rock books to various funds.”