The CEO of UK Finance, Stephen Jones, has resigned over sexist comments he allegedly made about financier Amanda Staveley in 2008. 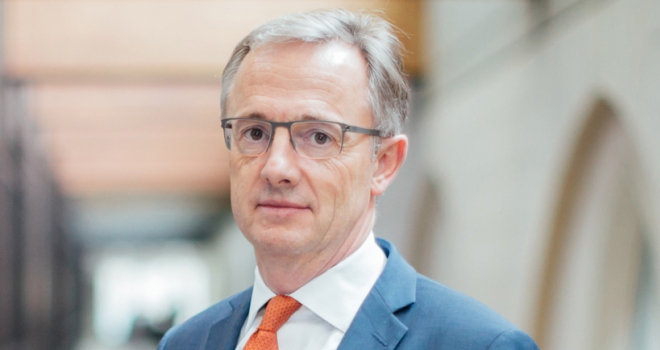 "I have apologised to Ms Staveley and to my colleagues for the comments made in 2008 and feel at this time it is right I step down from my role at UK Finance."

Staveley is currently embroiled in a £1.5bn high court claim against Barclays after her client, Sheikh Mansour bin Zayed Al Nahyan, invested £3.25bn in the Bank to avoid a state bailout during the financial crisis.

Staveley claims that Barclays secretly offered superior terms to other investors and says her firm is owed money by Barclays for helping to arrange the investment.

Stephen Jones was a senior executive at Barclays in 2008 when he is alleged to have made the comments, which he has since apologised for.

The exact nature of the comments are likely to be revealed during the court case.

In a statement Staveley’s company, PCP Capital Partners, said: “A significant theme of Barclays’ evidence in these proceedings is concerned with seeking to criticise the professional skill and competence of Ms Staveley. This is regrettably consistent with some attitudes – reflected in some deeply unpleasant personal comments about her – professed by some of Barclays’ most senior staff at the time.”

Stephen Jones said: “I have apologised to Ms Staveley and to my colleagues for the comments made in 2008 and feel at this time it is right I step down from my role at UK Finance.

“I am very proud of what we have achieved since the formation of UK Finance in 2017. Our current work with the banking and finance industry, government, business and consumer groups and regulators to coordinate the provision of financial support during the Covid-19 crisis shows UK Finance at its best.”

Bob Wigley, chairman of UK Finance, added: “Stephen has rightly acknowledged that the comments he made in 2008 were inappropriate and do not meet the standards expected of leaders in our industry.

“He has characteristically taken a difficult personal decision in the interest of UK Finance and the industry and we accept his decision.

“I and the board of UK Finance want to thank Stephen for all of his vision and hard work in building UK Finance over the last three years.”