How will new 'no fault' divorce laws affect shared pensions?

April 2022 will see the biggest shake-up in divorce law in half a century, with couples now able to secure a ‘no fault’ divorce within six months of first applying. 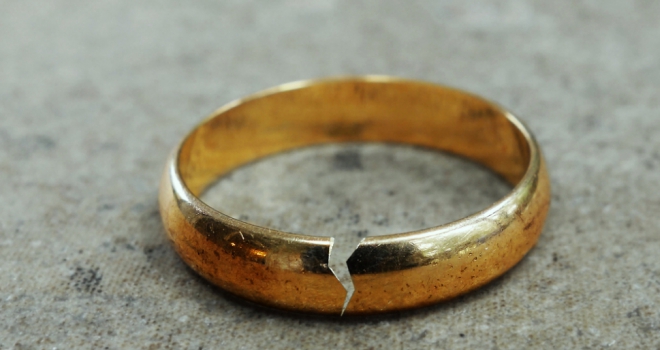 "Relatively little attention is often given at the time of divorce to a financial settlement which gives proper weight to pension wealth."

But concerns have been expressed that a process which is designed to be largely online, including serving of divorce papers by email by default, could lead to even fewer cases where pension wealth is fairly shared at the time of the divorce.

Because divorce orders will now be granted on a ‘no fault’ basis, a party who does not wish the divorce to go ahead can generally do little to stop it unless proper procedure has not been followed.

A new paper co-authored by former pensions minister Steve Webb alongside Rhys Taylor, a family law barrister specialising in pensions on divorce, looks into this issue in more detail.

The paper notes that there are three main ways in which pension wealth can be taken into account as part of a financial settlement at divorce:

- Pension ‘sharing’ where a formal court order is required and where one spouse is awarded a share of the pension of the other spouse, ending up with a pension in their own right and in their own name;

- Pension ‘attachment’ or earmarking, where one spouse is ordered to receive a share of the pension of the other spouse when it comes into payment;

- Pension offsetting, where pension wealth is taken into account during the settlement but where one spouse agrees to accept a greater share of non-pension assets (eg a bigger share of a house) in return for foregoing a share of the pension; this process does not require a court order.

The paper points out that financial orders are only made in around 1 in 3 divorces, and not all of these financial orders include pension orders. This means that formal orders in respect of pensions only apply in a minority of cases. Whilst it is possible that in the remainder of cases pensions are being fully and fairly shared by offsetting against other assets, there are many reasons why this is often not likely to be the case.

- Divorcing spouses may under-estimate the potential value of pension wealth; for example, where one spouse has long service in a Defined Benefit pension scheme, these pension rights may be worth far more than the family home, but this point may not be well understood;

- Divorcing couples may be looking for a swift divorce, especially if attempts are being made not to escalate the temperature of poor relationships, and there may be little focus on areas such as pensions which can be complex and technical and require specialist knowledge;

- Especially where children are involved, the party with the lower level of pension wealth (usually the wife) may be more focused on other priorities such as somewhere to live and financial security and support for children and may be less focused on ensuring that pension wealth is properly included in any settlement.

All of these are problems of the current system, and research indicates that divorced women often end up with very low levels of pension provision in retirement as a result.

The authors raise concerns that the new divorce process could make matters worse. In some cases, a spouse may receive notice that a divorce application has been made just a few months before the court is asked to grant the first divorce order. They will have to deal with a range of practical issues including care of any children, impact on living arrangements and short-term financial support post-divorce. Against this backdrop, taking time to make sure pension rights are included in any settlement and properly valued may be a low priority. They may also be reluctant to raise pension issues for fear of being seen to be ‘obstructive’ or ‘difficult’, in a new system designed to reduce conflict and the need to prove fault.

The authors conclude their paper by calling for much greater research and monitoring into what happens during the divorce process with regard to taking account of pension wealth, and for close scrutiny by the Ministry of Justice into whether attitudes and outcomes on pensions change as a result of the new divorce process.

Co-author Rhys Taylor said: “I very much welcome the new divorce law, but the family justice system needs to be astute to avoid the law of unintended consequences. So often pensions are the last thing anyone really wants to think about, especially on divorce. Care needs to be taken to ensure that the fair distribution of pension wealth on divorce is not overlooked in this brave new era.”

LCP partner and former pensions minister Steve Webb, commented: “One group currently at high risk of retirement poverty is divorced women. In large part this is because relatively little attention is often given at the time of divorce to a financial settlement which gives proper weight to pension wealth. It is entirely understandable that divorcing couples focus on other matters, but the risk is that people simply do not understand the value of pensions. Whilst there is much to commend the new divorce law, it would be very unfortunate if a by-product was that even fewer divorces were accompanied by a fair sharing of the couple’s overall wealth, and in particular of pensions.”